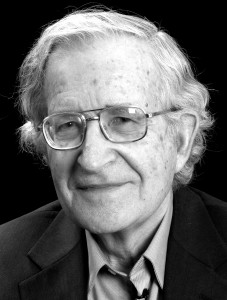 Noam Chomsky is Institute Professor (emeritus) in the Department of Linguistics and Philosophy at the Massachusetts Institute of Technology and Laureate Professor of Linguistics and Agnese Nelms Haury Chair in the Program in Environment and Social Justice at the University of Arizona. His work is widely credited with having revolutionized the field of modern linguistics.Chomsky is the author of numerous best-selling political works, which have been translated into scores of languages worldwide. Recent books include What Kind of Creatures Are We?, as well as Optimism and Despair, and Internationalism of Extinction.

Propaganda and the Public Mind

After the Cataclysm: The Political Economy of Human Rights, Volume II

The Washington Connection and Third World Fascism: The Political Economy of Human Rights, Volume I

Gaza in Crisis: Reflections on the US-Israeli War Against the Palestinians (Second Edition)