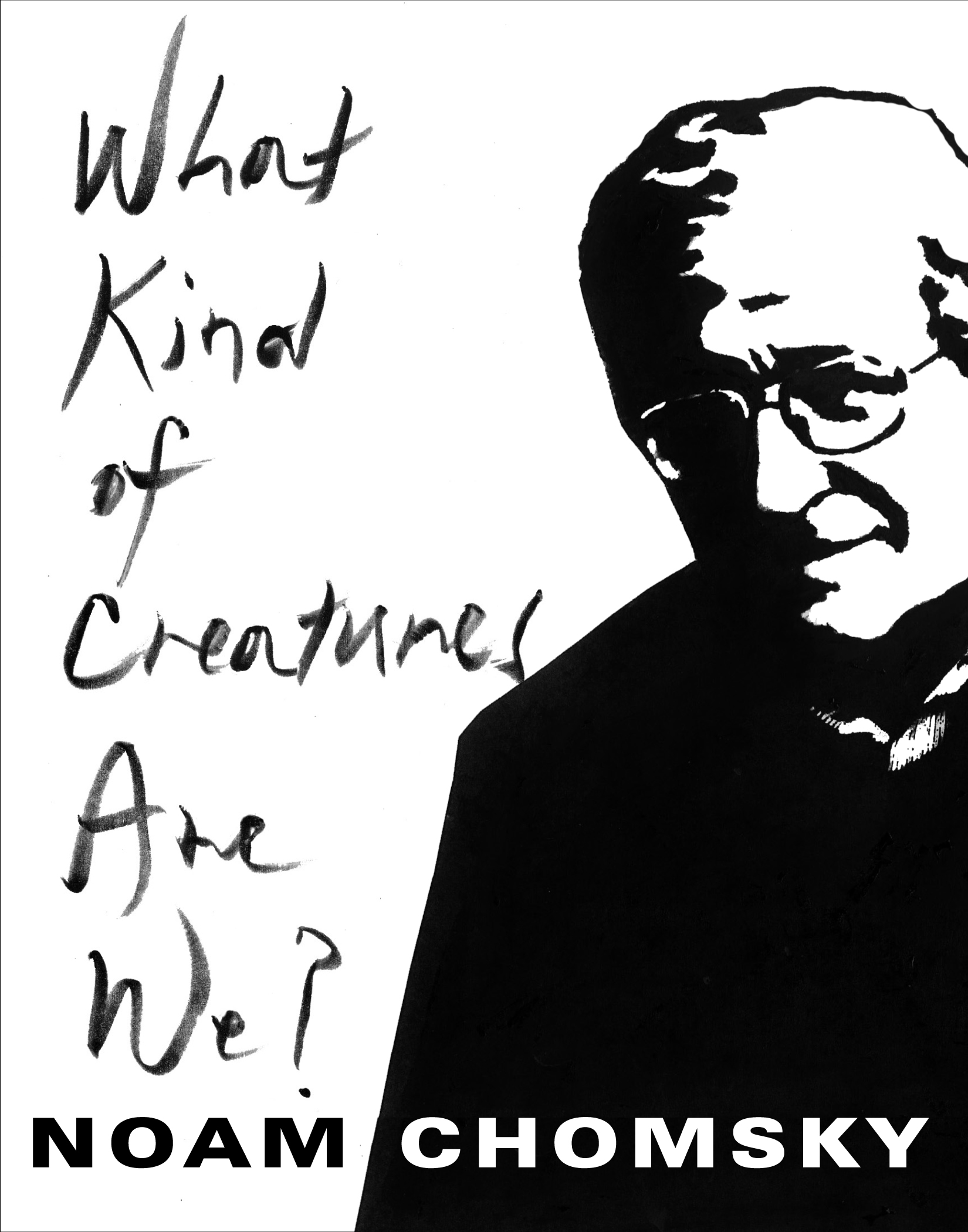 WHAT KIND OF CREATURES ARE WE?

Noam Chomsky is widely known and deeply admired for being the founder of modern linguistics, one of the founders of the field of cognitive science, and perhaps the most avidly read political theorist and commentator of our time. In these lectures, he presents a lifetime of philosophical reflection on all three of these areas of research to which he has contributed for over half a century.

In clear, precise, and non-technical language, Chomsky elaborates on fifty years of scientific development in the study of language, sketching how his own work has implications for the origins of language, the close relations that language bears to thought, and its eventual biological basis. He expounds and criticizes many alternative theories, such as those that emphasize the social, the communicative, and the referential aspects of language. Chomsky reviews how new discoveries about language overcome what seemed to be highly problematic assumptions in the past. He also investigates the apparent scope and limits of human cognitive capacities and what the human mind can seriously investigate, in the light of history of science and philosophical reflection and current understanding. Moving from language and mind to society and politics, he concludes with a searching exploration and philosophical defense of a position he describes as “libertarian socialism,” tracing its links to anarchism and the ideas of John Dewey, and even briefly to the ideas of Marx and Mill, demonstrating its conceptual growth out of our historical past and urgent relation to matters of the present.

“A master class taught by a master, and if someone were to ask me what exactly is it that academics do, I would point to these lectures and say, simply, here it is, the thing itself.”

“Chomsky’s relevance has only grown with time, and … more prescient as years pass.”

Chomsky’s writings invariably reflect the force of intellect and cogency of thought that befits one of the greatest thinkers of our times—this work is no exception.

Noam Chomsky is arguably the most influential thinker of our time, having made seminal contributions to linguistics and philosophy, as well as political and social thought. In one succinct and powerfully argued volume, he presents a synthesis of his key ideas.

Noam Chomsky launches this remarkable discussion with the age old question, “What kind of creatures are we?” Thus begins an extended inquiry into human cognition that takes him from the ancients to contemporary theorists of language and science, to politics. Chomsky’s erudition is formidable, and I read his disquisition with pleasure and many “aha’ moments. But what stands out for me is his wisdom; he accepts that being mere biological creatures, there is much that we can never know, and yet he is deeply empathetic with us, his fellow creatures who must struggle and try to impact our world, even though we ultimately cannot know.

It’s always spring in Mr. Chomsky’s garden. Like John Ashbery, Noam Chomsky seems to come up with thoughts that are always fresh, unaffected by the polluting cliches that most of us inhale and exhale all day and night. To read his sentences is a life-giving elixir.

Noam Chomsky is Institute Professor (Emeritus) in the Department of Linguistics and Philosophy at MIT. His work is widely credited with having revolutionized the field of modern linguistics. He is the author of numerous best-selling political works, which have been translated into scores of languages worldwide. His latest books include the New York Times bestsellers Hegemony or Survival, Failed States, and Who Rules the World? Other recent books include Power Systems, Occupy, Hopes and Prospects, and Masters of Mankind. Haymarket Books recently reissued twelve of his classic books with new introductions by the author.