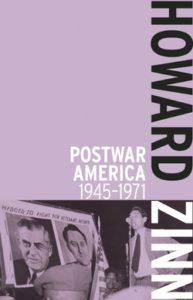 The postwar boom in the United States brought about massive changes in American society and culture. In this accessible volume, originally published in 1973, historian Howard Zinn offers a view from below on these vital years in American history. By critically examining U.S. militarism abroad and racism at home, he raises challenging questions about this often romanticized era.