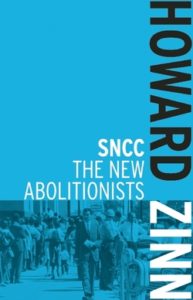 Originally published in 1964, SNCC: The New Abolitionists influenced a generation of activists struggling for civil rights and seeking to learn from the successes and failures of those who built the fantastically influential Student Nonviolent Coordinating Committee. It is an indispensable study of the organization, of the 1960s, and of the process of social change, reissued with a new introduction by the author.

“A good way to maintain your sense of the urgency of civil rights problems is to keep a copy of Howard Zinn’s book handy.”

The Journal of Southern History

“This is, by far, the most valuable book on SNCC to be published…. Zinn is a superb reporter and the narrative sections of the book are exceptionally effective…. Zinn’s main point is as relevant today as it was when he wrote the book. SNCC, he feels, is a profoundly radical, deeply egalitarian organization whose strength ‘comes from nowhere in the world, but cotton fields, prison cells, and the minds of young people reflecting on what they see and feel.’”