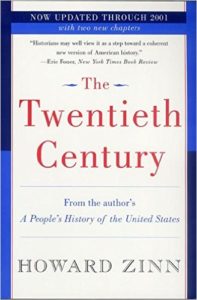 THE TWENTIETH CENTURY
A People’s History

Containing just the twentieth-century chapters from Howard Zinn’s bestselling A People’s History of the United States, this revised and updated edition includes two new chapters— covering Clinton’s presidency, the 2000 Election, and the “war on terrorism.”

Highlighting not just the usual terms of presidential administrations and congressional activities, this book provides you with a “bottom-to-top” perspective, giving voice to our nation’s minorities and letting the stories of such groups as African Americans, women, Native Americans, and the laborers of all nationalities be told in their own words.