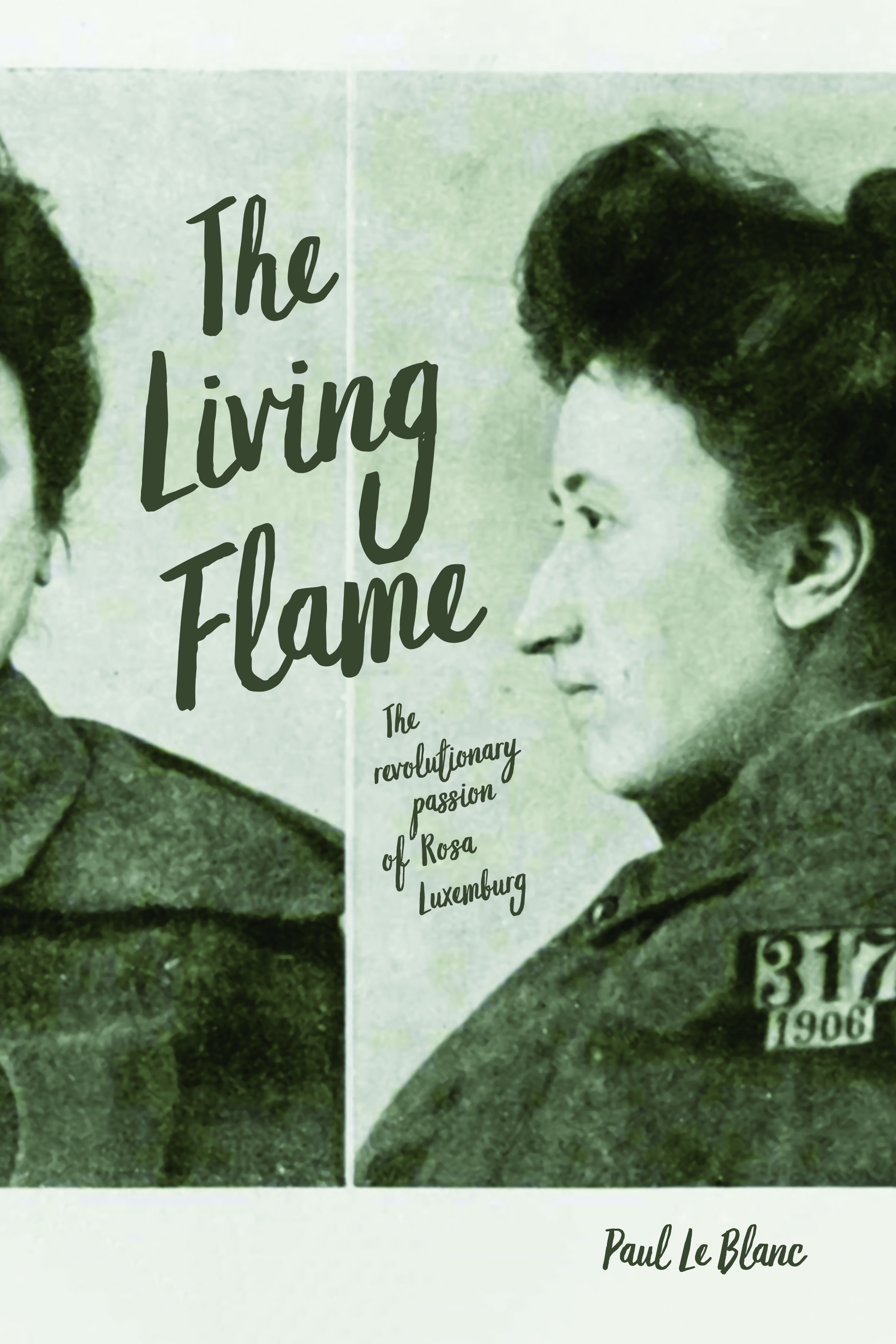 THE LIVING FLAME
The Revolutionary Passion of Rosa Luxemburg

Rosa Luxemburg, brilliant early 20th century German revolutionary, comes alive in a rich set of essays on her life, ideas, and lasting influence. The essays deal not only with her remarkable contributions to political, social and economic theory, but also touch on her vibrant personality and intimate friendships.

This collection, the fruit of more than four decades of involvement with Luxemburg’s work, simultaneously showcases her penetratingly intellectual, political and deeply humanistic qualities.

Praise for Lenin and the Revolutionary Party:

“A work of unusual strength and coherence, inspired not by academic neutrality but by the deep conviction that there is much to learn from the actual ideas and experiences of Lenin and the revolutionary party he led.”

“We desperately need the resurrection and revival of the kind of strategic thinking and principled commitment that Lenin epitomized in the era of 1917, and all that it promised. For those interested in this rebirth of the politics of alternative to capitalism, Paul Le Blanc’s account of the democratic, socialist, and revolutionary Lenin will prove indispensable. Reading it is a reminder that what is, need not be, and that what has, seemingly, failed, can be reconstituted anew.”

Praise for Marx, Lenin and the Revolutionary Experience:

“Looking back at the tumultuous events associated with revolutionary Marxism in the past century, Paul Le Blanc offers us an insightful, sympathetic, and even-handed assessment of the sources of its dynamism as well as the causes of its decline.”

Paul Le Blanc is a professor at La Roche College and the author of many books including October Song, Left Americana and From Marx to Gramsci and is the editor of The Complete Works of Rosa Luxemburg.