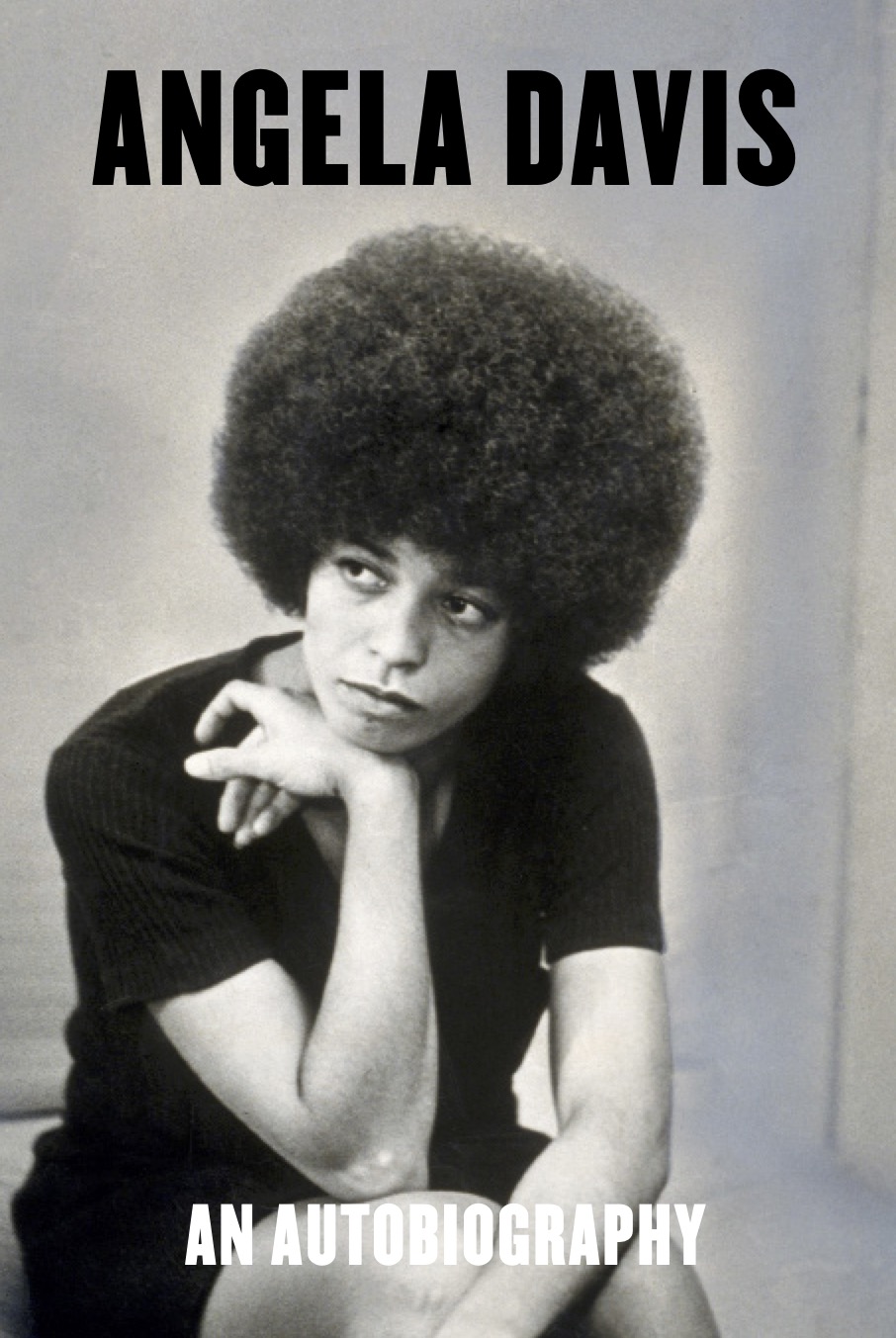 A classic account of a life in struggle, featuring a major new introduction by the author.

“Angela Davis has spent more than 50 years working for social justice. This summer, society started to catch up.” —Ava Duvernay

Angela Davis has been a political activist at the cutting edge of the Black Liberation, feminist, queer, and prison abolitionist movements for more than 50 years. First published in 1974, An Autobiography is a powerful and commanding account of her early years in struggle. Davis describes her journey from a childhood on Dynamite Hill in Birmingham, Alabama, to one of the most significant political trials of the century: from her political activity in a New York high school to her work with the U.S. Communist Party, the Black Panther Party, and the Soledad Brothers; and from the faculty of the Philosophy Department at UCLA to the FBI’s list of the Ten Most Wanted Fugitives. Told with warmth, brilliance, humor and conviction, Angela Davis’s autobiography is a classic account of a life in struggle with echoes in our own time.

“Her book is riveting; as fresh and relevant today as it was almost 50 years ago. The words fire off the page with humor, anger and eloquence.”

“One of the great activist autobiographies by one of this country’s greatest ever activists…Davis is a living legend, one of the inspirational public figures of the last century, and this iconic portrait of the revolutionary as a young woman will remind you why.”

“This new edition of the autobiography is meant to bring Davis and her story to a new generation of readers, who can still identify with her experiences. Still a key work in the areas of prison abolition and feminism, this reissue of a classic autobiography deserves a place of honor in any collection.”

“An activist. An author. A scholar. An abolitionist. A legend.”

“Before the world knew what intersectionality was, the scholar, writer and activist was living it, arguing not just for Black liberation, but for the rights of women and queer and transgender people as well.”

“If anyone is qualified to make an assessment on the current situation, it is Angela Davis. She has spent five decades as an intellectual campaigning for racial justice, yet the causes she has pursued – prison reform, defunding the police, restructuring the bail system – had, until recently, been considered too radical for mainstream political thinking.”

“As an iconic educator, scholar, and leader in the civil rights movement, Angela Davis is an obligatory add to your list of must-read black authors.”

“In a new edition of the classic Angela Davis: An Autobiography, readers get something of a unicorn: A period account of living through the late ’60s and early ’70s that still feels vital and relevant two decades into the 21st century…’My contribution, like the work of others who have attempted to narrate aspects of the anti-racist struggle, will hopefully help us better understand the world today,’ Davis writes now. Angela Davis: An Autobiography continues to fulfill that goal as the rare book that even almost 50 years later feels timely and relevant.”

Praise for Freedom is a Constant Struggle, by Angela Y. Davis:

“Angela Davis’s new book made me think of what Dear Nelson Mandela kept reminding us, that we must be willing to embrace that long walk to freedom. Understanding what it takes to really be free, to have no fear, is the first and most important step one has to make before undertaking this journey. Angela is the living proof that this arduous challenge can also be an exhilarating and beautiful one.”

“Whether you’ve grown up with the courage and conscience of Angela Davis, or are discovering her for the first time, Freedom Is a Constant Struggle is a small book that will be a huge help in daily life and action, from exposing the ‘prison industrial complex’ that she named long ago to understanding that leaders are only leaders if they empower others. She herself exposes facts and makes connections, but also leads in the most important way by example.”

“Angela Davis once again offers us an incisive, urgent, and comprehensive understanding of systematic racism, the grounds for intersectional analysis and solidarity, and the importance of working together as equals to unmask and depose systems of injustice. This wide-ranging and brilliant set of essays includes a trenchant analysis of police violence against people of color, of the systematic incarceration of black people in America, the grounds of Palestinian solidarity for the Left, the affirmation of transgender inclusion, and the necessity of opposing the G4S corporation and its high-profit empire dedicated to the institutionalization of racism in the name of security. These essays take us back in history to the founders of revolutionary and anti-racist struggle, but they also take us toward the possibility of ongoing intersectional solidarity and struggle. Angela Davis gathers in her lucid words our luminous history and the most promising future of freedom.”

“In this latest text of her magisterial corpus, Angela Davis puts forward her brilliant analyses and resilient witness here and abroad. In a clear and concise manner, she embodies and enacts ‘intersectionality’ a structural intellectual and political response to the dynamics of violence, White Supremacy, patriarchy, state power, capitalist markets, and imperial policies.”

“With its clear language and honest reflections, the book continues to be a timely window into the life and ideology of one the most well-known living activists for Black liberation. Angela Davis: An Autobiography is perfect for readers interested in the intersections of personal ethics and political thought and activism.”

Freedom Is a Constant Struggle: Ferguson, Palestine, and the Foundations of a Movement (with Frank Barat)

Angela Y. Davis is a political activist, scholar, author, and speaker. She is an outspoken advocate for the oppressed and exploited, writing on Black liberation, prison abolition, the intersections of race, gender, and class, and international solidarity with Palestine. She is the author of several books, including Women, Race, and Class and Are Prisons Obsolete? She is the subject of the acclaimed documentary Free Angela and All Political Prisoners and is Distinguished Professor Emerita at the University of California, Santa Cruz. Davis is the recipient of the 2020 Cultural Freedom Prize from Lannan Foundation.