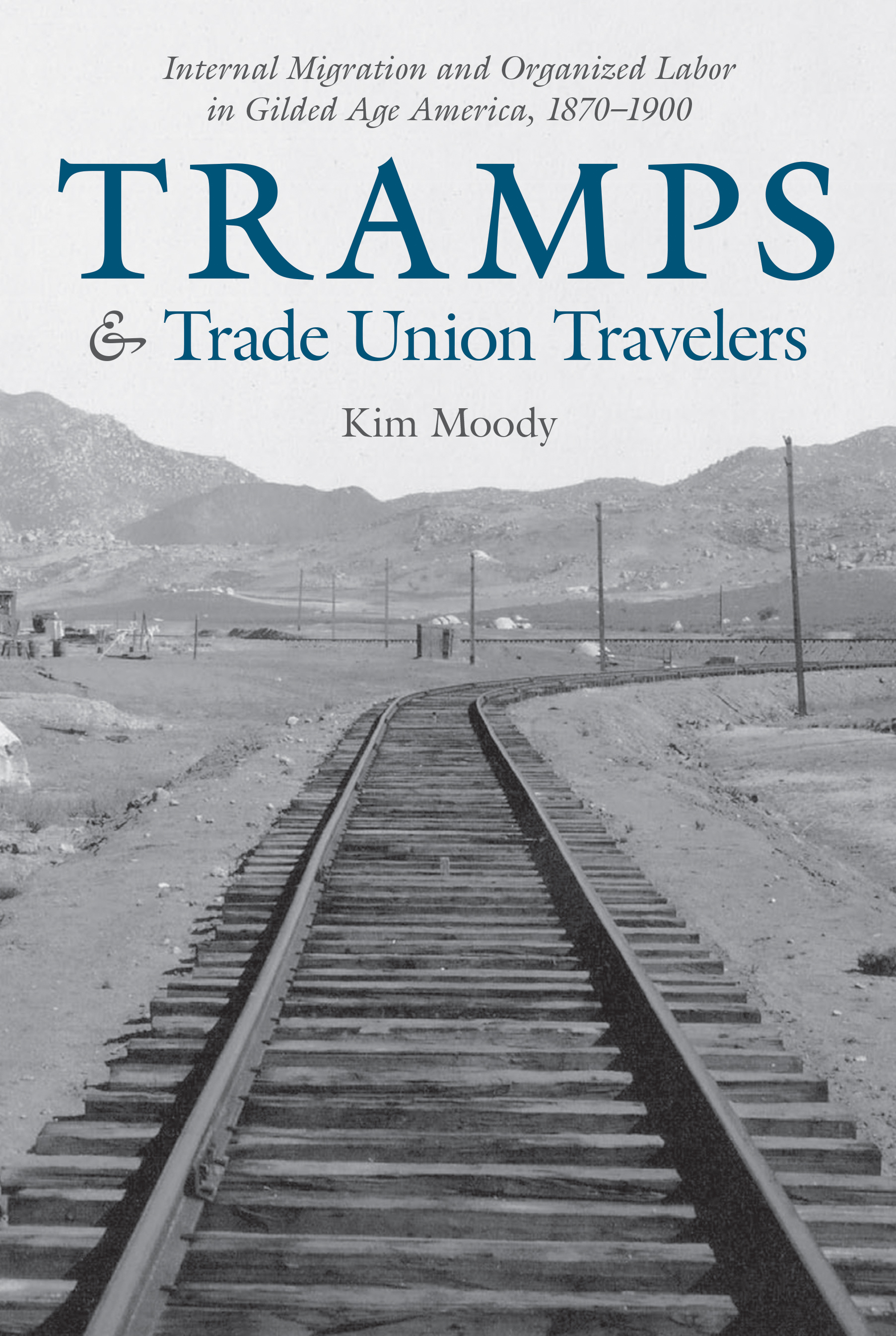 Why is there no independent labor party in the United States? While many would assert “American exceptionalist” arguments, which point to lackluster class-consciousness among American workers as the problem, Moody uses archival research to argue that despite divisions, workers in the Gilded Age had strong traditions of class consciousness and political radicalism. He contends that internal migration during the late 1800’s created instability in organizations of workers and that over time, this has undermined the ability to build an independent labor political party.

“This terrific book by Kim Moody offers an entirely original take on the primordial question of why American labor was virtually unique in failing to build its own political party. But there’s much more: in investigating labor migration and the ‘tramp’ phenomenon in the Gilded Age, he discovers fascinating parallels with today’s struggles of immigrant workers.”

“Kim Moody’ s Tramps and Trade Union Travelers is a seminal contribution to the ongoing discussion of the absence of independent working class politics in the US. Moody’s analysis goes beyond the factors that are usually cited to explain US working class formation– racial, ethnic and gender divisions—that existed in most capitalist societies. Instead, Moody roots the specific trajectory of labor politics in the US in the specific form of capitalist development in the US—the continental expansion of a thoroughly capitalist agro-industrial frontier in the antebellum period. The constant geographic mobility of both capital and labor in gilded age America becomes the key to explaining ‘why the US working class is different.'”

“Kim Moody takes apart ‘American exceptionalism’ to show that the 19th century U.S. working class produced no labor party not because of a deficit of class consciousness. There was plenty of that, as shown in the plethora of strikes. Nor was it because American workers had it too good, or could homestead out West, or could rise into the middle class. Rather, it’s because their constant movement from job to job and state to state, generated by the instabilities of capitalism, made it difficult to build unions that lasted long enough and were strong enough to also construct working class political institutions. It’s sobering reading in this time of mass worldwide migration and precarious work.”

“In this richly-detailed analysis, Kim Moody highlights how American workers in the Gilded Age were perpetually on the move — by necessity, not by choice — a reality that destabilized early trade unions and undermined political initiatives. So, Moody stresses, it was not some exceptional lack of working class consciousness that explains why no labor party arose in the United States in that earlier era, but rather a set of organizational challenges posed by the specifics of nineteenth century capitalist development on the vast American landscape. Moody’s meticulous study, therefore, should be of vital interest not only to historians but to activists seeking to promote independent political activity generated by and for the working class today.”

Toni Gilpin, author of The Long Deep Grudge: A Story of Big Capital, Radical Labor, and Class War in the American Heartland

In Solidarity: Essays on Working-Class Organization and Strategy in the United States

On New Terrain: How Capital Reshaped the Battleground of Class War

Kim Moody was a founder of Labor Notes and author of several books on the U.S. labor movement, including On New Terrain: How Capitalism is Reshaping the Battleground of Class War (Haymarket Books, 2017), In Solidarity: Essays on Working-Class Organization in the United States (Haymarket Books, 2014) and U.S. Labor in Trouble and Transition (Verso, 2007). He has a PhD from the University of Nottingham.