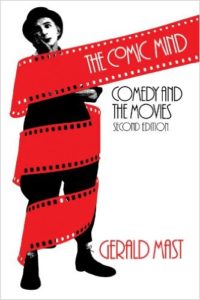 THE COMIC MIND
Comedy and the Movies

Although books on the comedies of the silent era abound, few have attempted to survey film comedy as a whole—its history and evolution, how the philosophical visions of its greatest artists and directors have shaped its traditions, and how these visions have informed both the meaning and manner of their work.

Blending information with interpretation, description with analysis, Mast traces the development of screen comedy from the first crude efforts of Edison and Lumière to the subtlety and psychological complexity of Annie Hall. As he guides the reader through detailed discussions of specific films, Mast reveals the structures, the values, and the cinematic techniques which have appeared and reappeared in comic cinema.

The second edition of The Comic Mind treats the comic developments of the 1970s in terms of the traditions of film comedy set forth in the first edition, including a discussion of the evolution of Jacques Tati and the emergence of Mel Brooks and Woody Allen as the two greatest American comic stylists of the seventies.

“The most comprehensive study of film comedy yet written in English. . . .The book’s extensive index with references to companies from which 16mm prints of many of the cited films may be rented will be of great value to the film teacher and audiovisual librarian.”

OTHER WORKS BY THIS AUTHOR

A Short History of the Movies (Abridged)

A Short History of the Movies