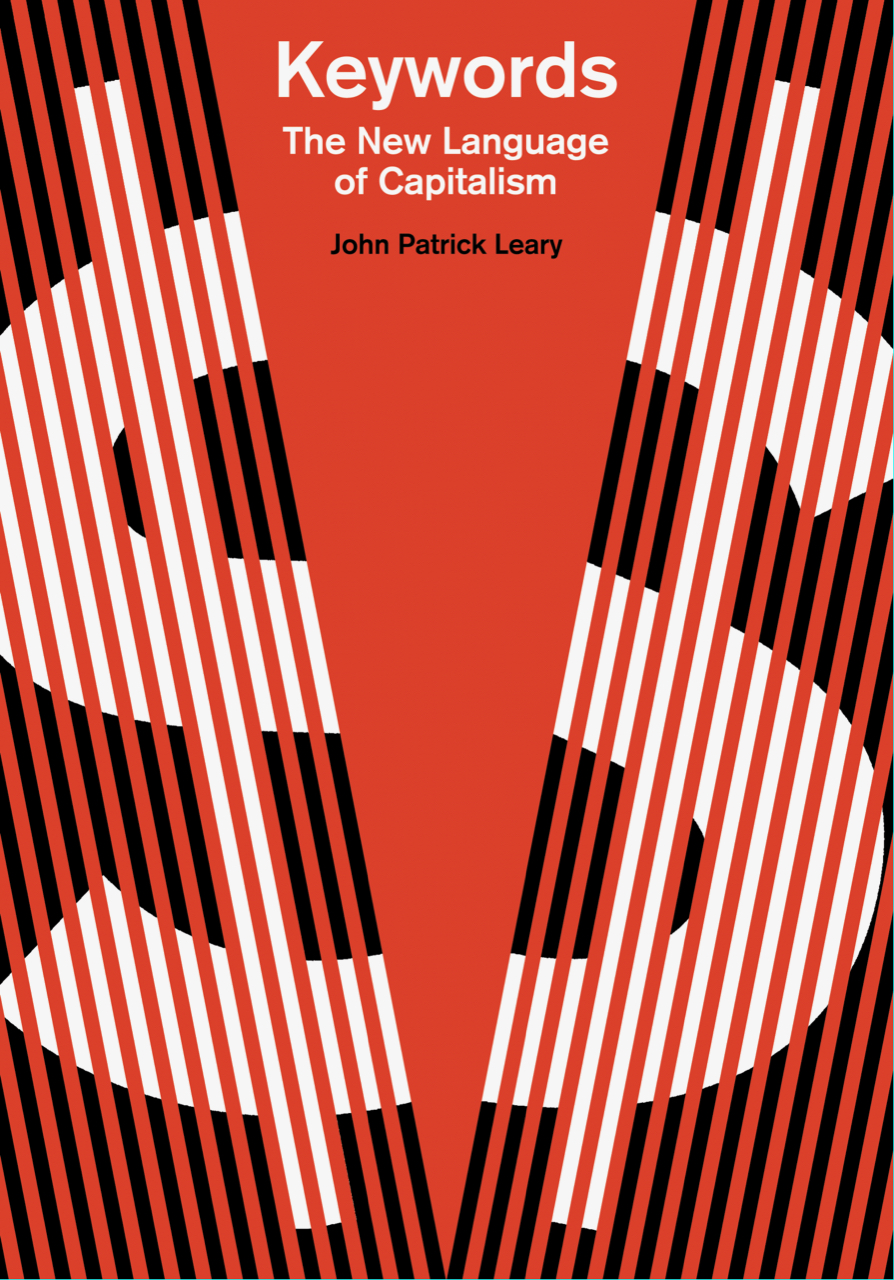 KEYWORDS
The New Language of Capitalism

Keywords: The New Language of Capitalism chronicles the rise of a new vocabulary in the twenty-first century. From Silicon Valley to the White House, from primary school to higher education, and from the factory floor to the church pulpit, we are all called to be innovators and entrepreneurs, to be curators of an ever-expanding roster of competencies. Think of the zealotry of the disruptive entrepreneur and the resilience of the agile thought-leader for a sense of the ideal personality traits of our time: flexible, inexhaustible, and never not at work. Many of these words have a secret history that informs their modern usage in surprising ways—innovation was once “false prophecy,” and before “stakeholder” crossed the lips of a single non-profit director it was used by conservative economists opposed to the New Deal.

In a series of short essays on terms like “entrepreneur,” “sustainability,” “artisanal,” and “synergy,” Keywords uses the vocabulary of neoliberalism to discover the contemporary spirit of capitalism. Each entry chronicles the penetration of market logic into the nearly every aspect of our everyday branded lives—even realms like church and summer camp that were once secure from the rat-race of market-driven competition. Each entry explores a popular term that displays an affinity for hierarchy, competition, “the marketplace,” and the virtual technologies of our time. The keywords all share a celebration of decisive “leadership,” dreamy artistry, prophetic “vision,” and an inexhaustible commitment to work: the pillars of an ideal innovative self.

“John Patrick Leary’s bracing study of the market regime’s signature catchphrases and word clouds allows us to see how the dogmas of late capitalism increasingly shape not merely the taken-for-granted order of things but also the very language we might otherwise employ to challenge that order. Still, even as Leary’s dogged philology points us toward grim conclusions, his critical voice also showcases the best uses our common tongue can serve—calling out the lies and cruelties of the patois of the capitalist market for what they are. Keywords is a worthy successor to the groundbreaking work of Raymond Williams, and deserves just as wide a readership.”

“John Patrick Leary has written a history of the present in the form of lexicon of its keywords. Resilience, flexibility, passion, wellness, synergy, and dozens more – he explains the political work done by words that fuel and beset our imaginations, that hail and exhort us to keep working and buying things and paying our debts in times of crisis, decline, and uncertainty about the future. We don’t have nearly enough bulwarks against despair. This book is it!”

Nicole Aschoff, author of The New Prophets of Capital

“If you feel like you’re drowning in the endless torrent of capitalist bullshit, turn to this excellent glossary which explains what all those terms really mean. Dip into it, use it as a reference, or read it cover to cover – however you approach it, you’ll find it immensely clarifying (and sanity-restoring).”

“Keywords: The New Language of Capitalism reminds the reader that those who control the language can more easily control the culture while also providing that reader with the tools needed to decipher the capitalist class’s manipulation of the words we use.”

John Patrick Leary is Associate Professor of English at Wayne State University in Detroit, where he teaches nineteenth- and twentieth-century U.S. and Latin American literature. He is the author of A Cultural History of Underdevelopment: Latin America in the U.S. Imagination (2016) and numerous scholarly articles and essays.