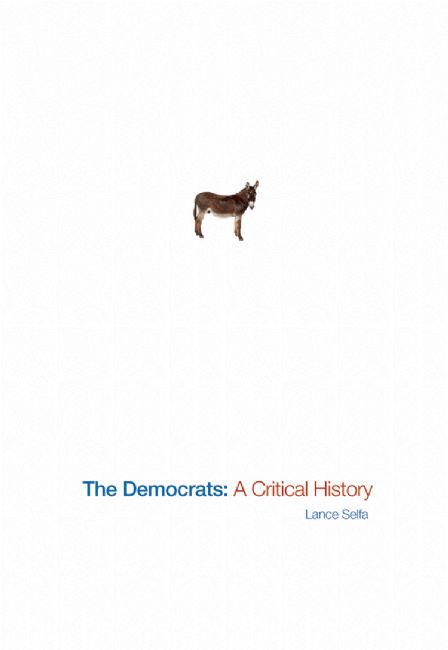 This revised and updated edition of The Democrats: A Critical History brings the analysis up to the eve of the 2012 presidential election season. Not only is the text revised in light of developments since 2008—most importantly, the financial and economic crisis that emerged full-blown during the 2008 presidential campaign—but it offers an unsparibg look at the Obama administration’s domestic and foreign policies. The book explains why Obama and the Democrats dashed progressives’ hopes in 2006 and 2008.

“A smart, readable history of the Democrats that reminds us of the party’s allegiance to capital.”

“Lance Selfa has written one book that should be mandatory reading for everyone concerned with politics in the United States. The Democrats: A Critical History systematically debunks the notion that the Democratic Party is a progressive force, and that it can be pushed to the left by its voting base. Whether one agrees or disagrees with Selfa’s conclusion, he presents a case that cannot be ignored.”

“The Democratic Party, Lance Selfa demonstrates, is the graveyard of American social movements, its grassy knolls entombing the disappointed carcasses of Populism, Progressivism, Labor, and the Green movement. The Democrats should be required reading for anyone seeking to understand why Barack Obama turned out to be the undertaker of reform.”

“With a new, duly-deserved chapter on the Obama Era, Lance Selfa’s The Democrats reveals the many ways in which the establishment Democratic Party has not just dashed progressive hopes over centuries but served as a distraction from the desperately needed business of making real change in this country. Writing dismal history like this is dirty work, but somebody’s got to do it and Seifa’s straight talk actually lifts ones spirits.”

“At a time when our political discourse has reached its basest depths, and many are left scratching their heads as to why corporate America is stronger than ever while the rest of us reel in this recession, Lance Selfa’s timely book helps us understand clearly why the Democratic Party is its own worst enemy. With solid and meticulous research to back his claims, Selfa’s analysis is crucial to progressive understanding of the state of American politics.”

Lance Selfa is an editor of International Socialist Review and The Struggle for Palestine (Haymarket, 2002). He is also a regular contributer to Socialist Worker newspaper, based in Chicago.

The Struggle for Palestine

US Politics in an Age of Uncertainty: Essays on a New Reality