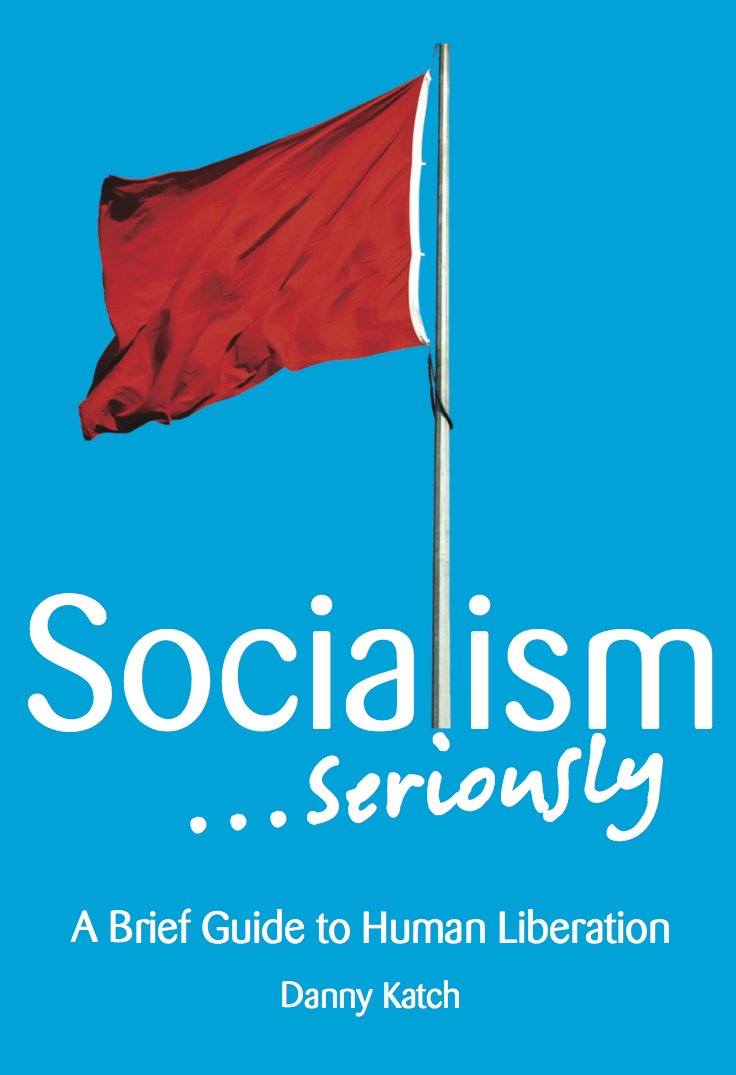 Opinion polls show that many people in the United States prefer socialism to capitalism. But after being declared dead and buried for decades, socialism has come to mean little more than something vaguely less cruel and stupid than what we have now. That’s not exactly going to inspire millions to storm the barricades.

Danny Katch brings together the two great Marxist traditions of Karl and Groucho to provide an entertaining and insightful introduction to what the socialist tradition has to say about democracy, economics and the potential of human beings to be something more than being bomb-dropping, planet-destroying racist fools.

“Danny Katch has done the impossible: he makes socialism sexy. Socialism… Seriously is eye-opening, inspiring, and funny. Warning to all Democrats, Republicans, and libertarians: this book might turn you into a closet socialist.”

“The most hilarious book about socialism since Karl Marx and his brother Harpo wrote their joke book.”

“If socialism is such a great idea, why don’t we have it yet? This book explains why with plain language, humor and common sense. If enough people read it, it might spark the revolution.”

“If the Communist Manifesto and America’s Funniest Home Videos had a baby, it would be Danny Katch’s new book. It’s a hilarious and fun way to think about what’s wrong with our world, how it could be different, and how we might get there. Keep an extra copy of Socialism…Seriously in your bag and hand it to the next person who asks you what socialism is all about—as long as that person is not your boss… seriously.”

“I’ve been waiting for someone to write this book—a light-hearted easy read that packs an intro course on socialism into a short volume. With jokes that made me laugh out loud, and a lot of heart. Socialism is for lovers, indeed.”

PRAISE FOR AMERICA’S GOT DEMOCRACY:

Danny Katch is an activist and humorist often accused of not knowing the difference. He has contributed chapters to Occupying Wall Street: The Inside Story of an Action that Changed America and 101 Changemakers: Rebels and Radicals Who Changed US History and is the author of America’s Got Democracy! The Making of the World’s Longest Running Reality Show and Why Bad Governments Happen to Good People. When he is not coming up with absurdly long book titles, he writes regularly for Socialist Worker.

America’s Got Democracy! The Making of the World’s Longest Running Reality Show