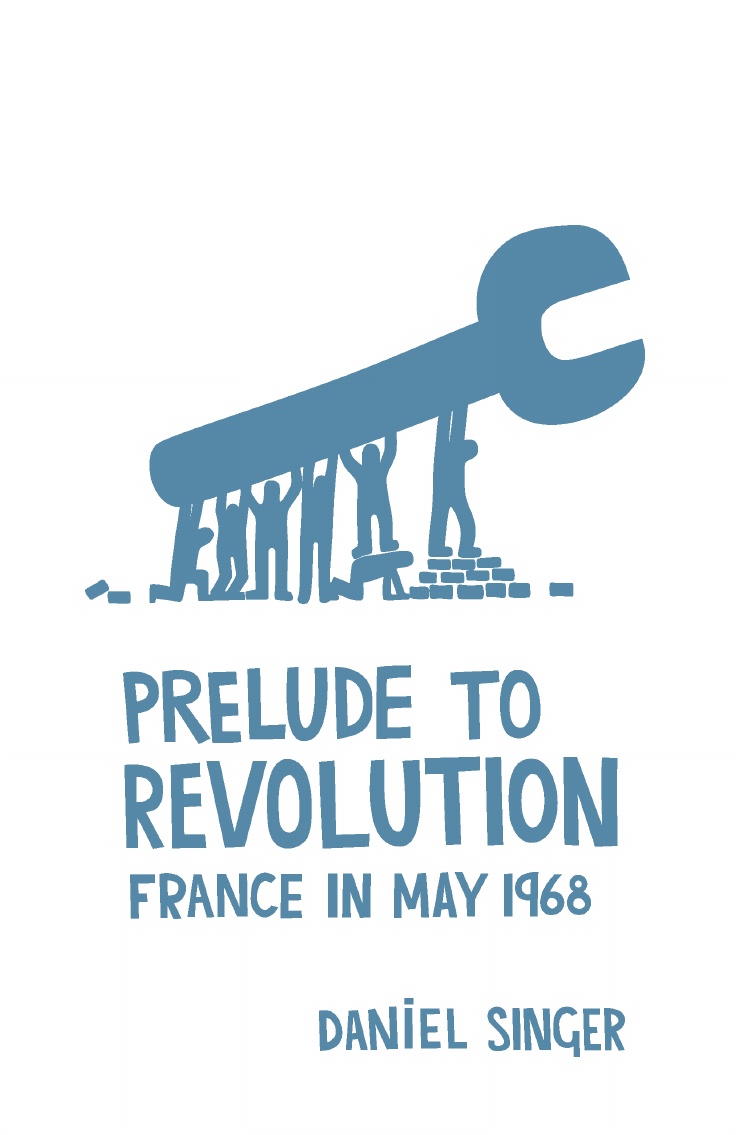 PRELUDE TO REVOLUTION
France in May 1968

Though often remembered as a student revolt, the events of May 1968 in France also saw what was up to that point the largest general strike in history. Singer offers an insightful and compelling account of how the radical student movement lit the powder keg of discontent at the heart of French society, triggering an explosion that sent shockwaves through Europe and beyond.

Singer’s unrivaled eye for detail—both political and anecdotal—delivers a masterpiece of partisan journalism. Prelude to Revolution is a modern classic filled with relevant lessons for a new generation of radicals.

“If Marx had been living in Paris during May 1968, he might have written [Prelude to Revolution].”

“His narrative…is lively and accurate, the background of student politics, labor union organization, and economic conditions carefully brushed in”

“Daniel Singer is the left’s most brilliant arsonist. He sets ablaze whole forests of dessicated cliches about ’the end of history’ and ‘the triumph of the market’ in order to light the way forward for the next generation of radical thinkers and activists.”

“Daniel Singer is the premier progressive interpreter of European affairs. His courageous vision and sophisticated analysis gives us hope even in this ice age of fashionable neoliberalism and conservatism.”

“I can think of no journalist more versed, more hip to what is happening in Europe today than Daniel Singer.”

Daniel Singer (September 26, 1926 – December 2, 2000) was a socialist writer and journalist. He was best known for his articles for The Nation in the United States and for The Economist in Britain, serving for decades as a European correspondent for each magazine. Gore Vidal described Singer as “one of the best, and certainly the sanest, interpreters of things European for American readers,” with a “Balzacian eye for human detail.”