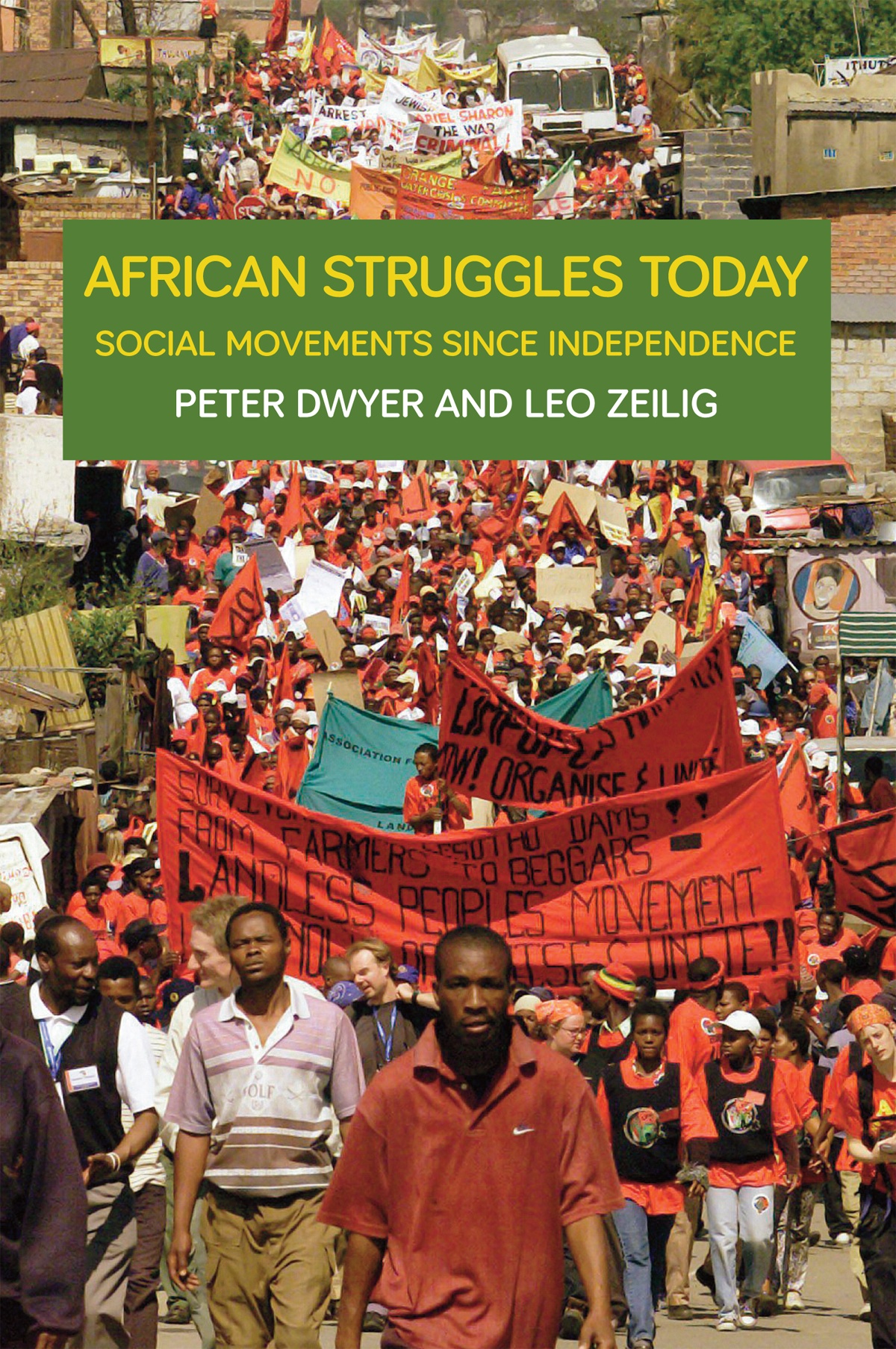 By Peter Dwyer and Leo Zeilig

Two leading Africa scholars investigate the social forces driving the democratic transformation of postcolonial states across Southern Africa. Extensive research and interviews with civil society organizers in Zimbabwe, South Africa, Zambia, Malawi, Namibia, and Swaziland inform this analysis of the challenges faced by non-governmental organizations in relating both to the attendant inequality of globalization and to grassroots struggles for social justice.

“This intensely researched book is both original and systematic in its analysis of Africa’s post-colonial period. African Struggles Today looks at the critical role that has been played by grassroots social movements in resisting neoliberal capitalism as people struggle to improve their lives. The book also seeks to develop and deepen the search for political and economic alternatives against policies that have created austerity and dictatorships on the continent. The book must be read by anyone who wants to understand Africa and fight for its transformation.”

“This is a book about the potential for social transformation from below in Africa, and therefore a rejoinder to the vast majority of writing on the continent.

“It is self-consciously designed as ‘a corrective to the tendency to see Africa’s postcolonial half-century as one dominated by political repression, economic decline, and ethnic conflict’ which can be solved by the intervention of various outside agencies – stretching from multinationals to imperialist armies to NGOs.

“The book is rooted in ‘the history of protest and resistance over the last six decades – as manifested in strikes, marches, demonstrations, and riots’. But the major focus of the book is on developments over the last 20 years.

“Almost unnoticed by the mainstream press, a series of democracy movements swept across Africa from about 1990. In four years some 30 regimes, many of which had ruled for long periods, were brought down by revolt. However, although these movements could topple ancient dictators, they did not fully develop into social revolutions. Instead they were generally brought under the wing of neoliberalism.

“This experience of explosive movements for change therefore has to be set against their limitations – including the question of political leadership and organisation and the ideological underpinning of the revolts.

“Such questions are not of importance for Africans or people who are interested in African politics alone: they concern questions that face activists everywhere. Therefore this history and analysis deserves much wider circulation. Readers who may have knowledge of one part of Africa will gain from the detailed analysis of countries that they are less familiar with.

“Dwyer and Zeilig helpfully discuss the role of the employed working class and its relationships to other social groups – peasants, the unemployed, ‘informal’ workers and so on. They put forward a subtle understanding of the central role of workers (broadly conceived) but say, ‘There is no division between labour-based struggles and &lsqo;myriad acts of resistance’ they are in practice mutually reinforcing.’

“Finally there is a good discussion of the ‘social forums’ process in Africa.

“Zeilig and Dwyer ‘hope that activists who read this book – both African and Western – will see struggles and movements as messy, ideologically confused, and inherently contradictory – but that the book will also help them navigate through the mess, clear up confusion, and expose contradiction.’

“They have done much to fulfil that hope.”

Peter Dwyer is a tutor in economics at Ruskin College in Oxford.

Leo Zeilig teaches sociology at the University of the Witwatersrand and is the editor of Class Struggle and Resistance in Africa.