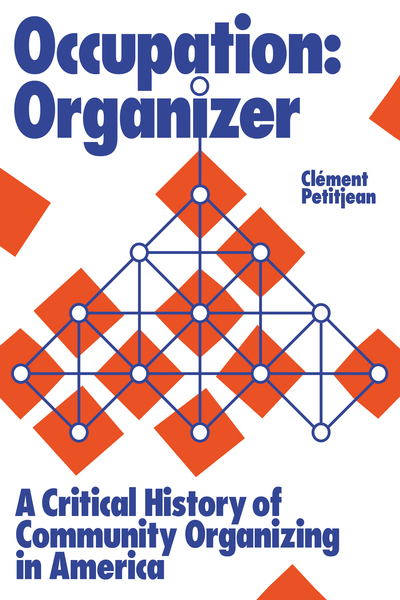 OCCUPATION: ORGANIZER
A Critical History of Community Organizing in America

A trenchant history of community organizing, and a must-read for the next generation of organizers seeking to learn from the successes, failures, and contradictions of the past.

Since Obama entered the national stage in 2004, the term “community organizer” has been hammered by the right and claimed with pride by the left. But the organizer’s place in our movements and politics is long overdue for reexamination.

As scholar and activist Clément Petitjean argues, we need to understand the unique history of the community organizing tradition. With de Tocqueville-style critical distance, Petitjean traces that history, from its roots in the Progressive Movement to its expansion and diverging paths during the social movements of the 60s and 70s, when Saul Alinsky became the most popular “professional radical” in America and groups like SNCC and SDS understood organizers as horizontal, anti-hierarchical spadeworkers—those who do the work as part of the community, rather than standing apart from it.

But in the years since, the professionalization of the organizing class — characterized by organizers’ presumed expertise, their refusal to espouse political or ideological opinions, their wariness of class antagonisms, and their dependence on philanthropy — has only increased, despite the critiques. The result, Petitjean shows, is a role that has gained institutional and political legitimacy — but at a cost to the people it purports to represent.

Only by grappling with the limitations of the professionalization of organizing, Petitjean insists, can we learn to build durable, effective organizations for change.