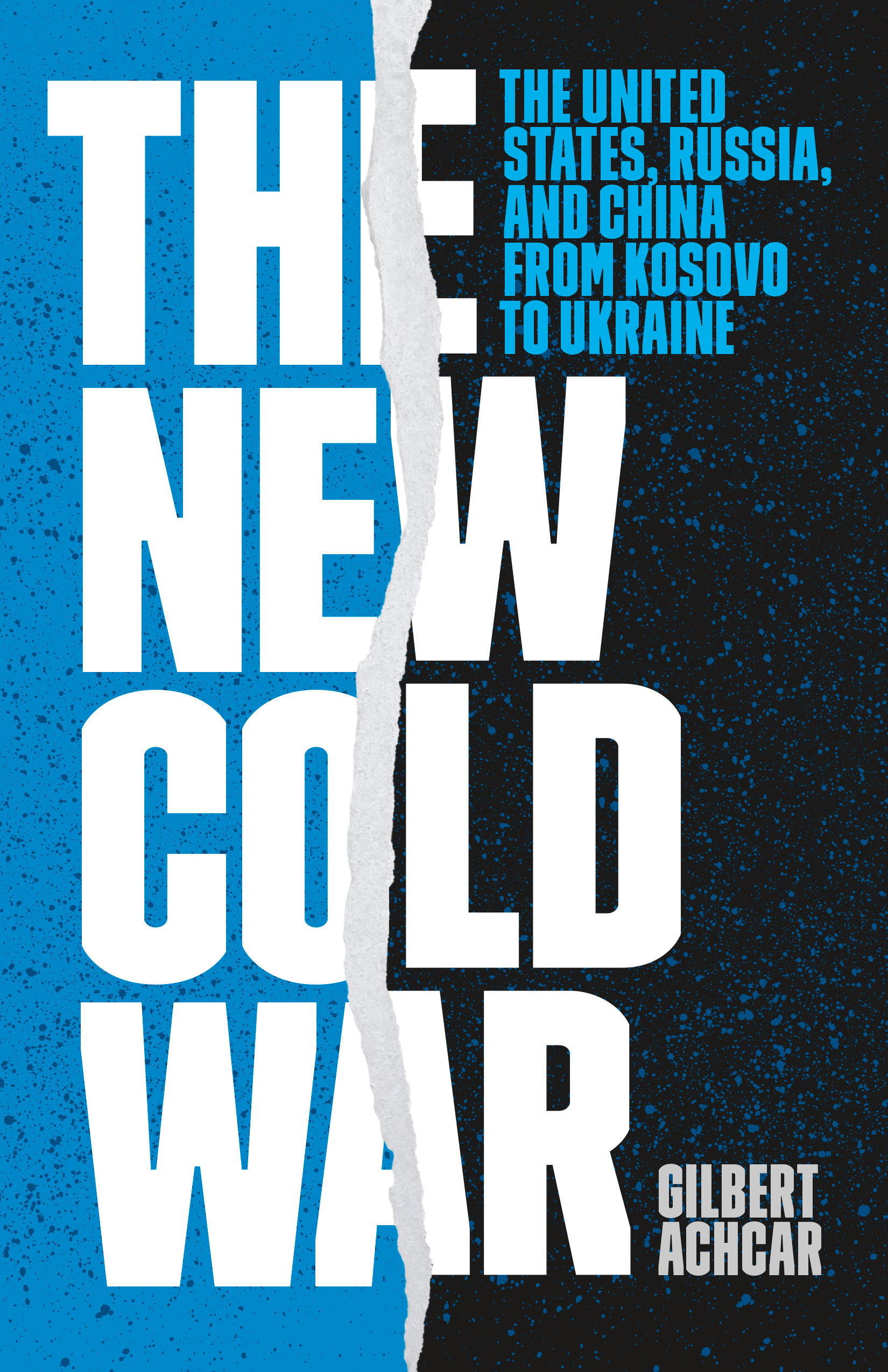 THE NEW COLD WAR
The United States, Russia, and China from Kosovo to Ukraine

A leading international relations expert uncovers the key stages that led from the end of the Cold War to the War in Ukraine.

In the wake of the 1999 Kosovo War, Gilbert Achcar argued that the world had entered a New Cold War, characterized by a state of permanent readiness for war on the part of the United States, Russia, and China. Achcar’s analysis proved remarkably prescient. In the years since, the U.S. has positioned itself as a global hegemon; China has become an economic powerhouse allied with Russia; and Russia has launched pre-emptive wars to block NATO, culminating in Vladimir Putin’s murderous invasion of Ukraine in 2022.

How did we get here? As Achcar details in The New Cold War, the rivalries of the Cold War didn’t disappear with the collapse of the Soviet Union; they simply mutated into new forms. And frighteningly, the New Cold War has become increasingly hot in the European theater, ratcheting up tensions in ways we have yet to reckon with.

With erudition and sobering analysis, Achcar argues that only by understanding this new landscape can we begin to imagine the contours of an alternative, more peaceful world.

“Learned and incisive, ranging easily from broad geopolitical analysis to the details of policy formation, this masterful study of the new cold war of the past thirty years—by the scholar who first identified and studied it— is an indispensable guide to the current global disorder and its ominous portent.“

“Gilbert Achcar has long been warning of a new Cold War, and this volume is perfectly timed to anatomise the newest stage of the conflict. No one who hopes to move beyond complacent rhetoric and slogans can afford to miss this essential book.”

Praise for the work of Gilbert Achcar:

“One of the best analysts of the contemporary Arab world.”

“A sobering yet generous account of the Arab people’s fight for true liberation and the lessons that have been learned from that struggle.”

Gilbert Achcar is Professor at the School of Oriental and African Studies, University of London. His publications include the critically acclaimed The Arabs and the Holocaust: The Arab-Israeli War of Narratives, and most recently The People Want: A Radical Exploration of the Arab Uprising.