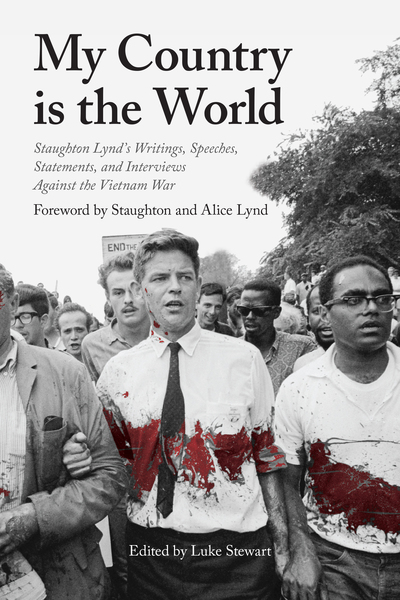 MY COUNTRY IS THE WORLD
Staughton Lynd’s Speeches, Writings, Statements and Interviews Against the Vietnam War

Staughton Lynd was one of the principal intellectuals and activists making the radical argument that the U.S. intervention in Vietnam was illegal under domestic and international law. Lynd was uncompromising in his courageous stance that the U.S. should immediately withdraw from Vietnam, and that soldiers and draftees should refuse to participate in the war based on their individual conscience and the Nuremberg Principles of 1950.

Lynd did not just write about opposing the war, he was one of the chief proponents of direct action and civil disobedience to confront the war machine at the university, in the halls of power, and in everyday life through refusing to pay income taxes.

As Staughton Lynd’s speeches, writings, statements and interviews demonstrate, there were coherent and persuasive arguments against the war in Vietnam based on U.S. and international law, precedents from American history, and moral and ethical considerations based on conscientious objection to war and an internationalism embraced by American radicals which said: “My country is the world, my countrymen are all mankind.”