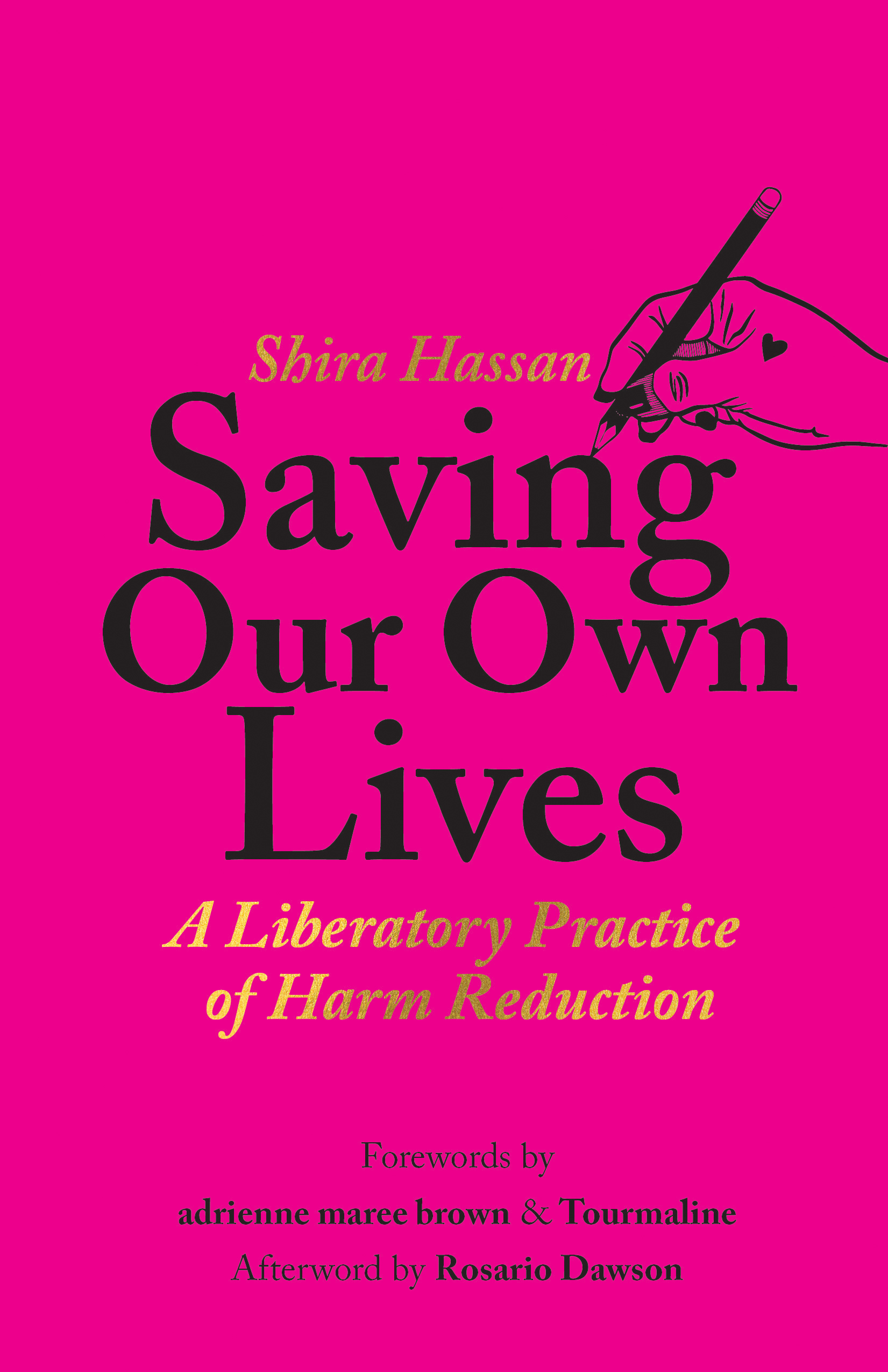 SAVING OUR OWN LIVES
A Liberatory Practice of Harm Reduction

Harm Reduction is one of the most important interventions of the 20th century, and yet a compilation of its critical stories and voices was, until now, seemingly nowhere to be found. Saving Our Own Lives, an anthology of essays from long-time organizer Shira Hassan, fills this gap by telling the stories of how sex workers, Black, Indigenous, and people of color, queer folks, trans, gender non-conforming, and two-spirit people are – and have been – building systems of change and support outside the societal frameworks of oppression and exploitation. This is a collective story of trans women of color, who were sex workers and radical political organizers, who created shared housing to ensure that young people had safe places to sleep. It is the story of clean syringes, “liberated” from empathetic doctors’ offices by activists who were punk women of color who distributed them among injection drug users in squats in the East Village, and the early AIDS activists who made sure that everyone knew how to use them. It is the story of Black Panthers and the Young Lords taking over Lincoln Park Hospital in the Bronx to demand and ultimately create community-accessible drug treatment programs; and of bad date sheets passed between sex workers in Portland, who created a data collection tool that changed how prison abolitionists track systemic violence.

At a political moment when mutual aid and harm reduction are more important than ever, this book serves as an inspiration and a catalyst for radical transformation of our world.

“Saving Our Own Lives is rooted in Shira Hassan’s extensive experience and commitment to harm reduction as a liberatory practice. This is a book grounded in deep love for those who are most marginalized in our society and respectfully documents their stories and emancipatory analyses. This open-hearted book is illuminating, informative and inspiring. It will have a forever place on my bookshelf.”

Shira Hassan is the former executive director of the Young Women’s Empowerment Project, an organizing and grassroots-movement building project led by and for young people of color that have current or former experience in the sex trade and street economies. A lifelong harm reductionist and prison abolitionist, Shira has been working on community accountability for nearly 25 years and has helped young people of color start their own organizing projects across the country. Shira’s work has been discussed on National Public Radio, The New York Times, The Nation, In These Times, Bill Moyers, Scarleteen, Everyday Feminism, Bitch Media, TruthOut and Colorlines.