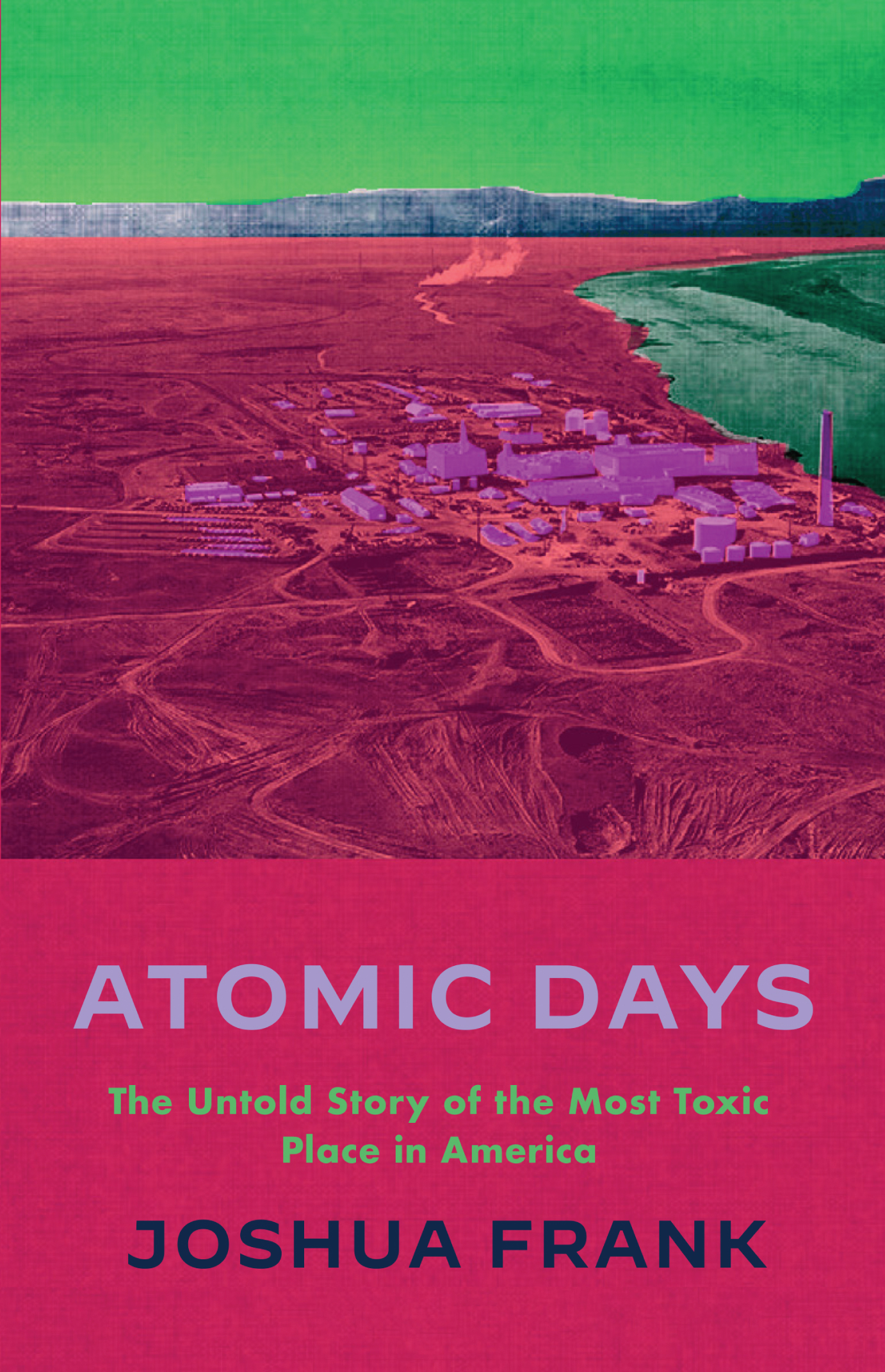 Once home to the United States’s largest plutonium production site, the Hanford Nuclear Reservation in Washington state is laced with 56 million gallons of radioactive waste. The threat of an explosive accident at Hanford is all too real—an event that could be more catastrophic than Chernobyl.

The EPA designated Hanford the most toxic place in America; it is also the most expensive environmental clean-up job the world has ever seen, with a $677 billion price tag that keeps growing. Huge underground tanks, well past their life expectancy and full of boiling radioactive gunk, are leaking, infecting groundwater supplies and threatening the Columbia River.

Whistleblowers, worried that the worst is ahead, are now speaking out, begging to be heard and hoping their pleas help bring attention to the dire situation at Hanford. Aside from a few feisty community groups and handful of Indigenous activists, there is very little public scrutiny of the clean-up process, which is managed by the Department of Energy and carried out by contractors with shoddy track records, like Bechtel. In the context of renewed support for atomic power as a means of combating climate change, Atomic Days provides a much-needed refutation of the myths of nuclear technology—from weapons to electricity—and shines a spotlight on the ravages of Hanford and its threat to communities, workers and the global environment.

“The Hanford Site haunts the future of the Columbia River Basin, its land, people, plants, and animals. It’s a nuclear crime scene that once made atomic weaponry. Joshua Frank dissects that historical crime scene, tracing it back to the colonization of this land while also pointing to the future crimes that may have been unleashed by perpetual radioactive pollution—a silent killer that cannot be seen or smelt and takes thousands of lifetimes to fully neutralize. Frank issues an urgent call to action.”

Nick Estes (Lakota), author of Our History Is the Future: Standing Rock Versus the Dakota Access Pipeline, and the Long Tradition of Indigenous Resistance

“Joshua Frank’s Atomic Daze is a brilliantly written, explosive exposé of the most toxic site in the Western hemisphere and most expensive environmental cleanup in world history. He has given us a terrifying look at the radioactive nuclear materials produced at Hanford for four decades, the environmental catastrophe left behind, and the disastrous cleanup efforts that generate huge profits for companies like Bechtel despite lies, fraud and deadly accidents that only generate more corporate profits. But Frank also lifts up the courageous actions of whistleblowers, community watchdogs and indigenous leaders who can lead the way out of this morass. Read the book and take action to end the nuclear insanity.”

“Nuclear power’s significant carbon footprint is generated by carbon-intensive uranium mining. And what is overlooked by nuclear power boosters is the neocolonial impact of mining and refining nuclear fuel on Indigenous communities … All of this makes reading Joshua Frank’s Atomic Days more crucial than ever.”

Joshua Frank is an award-winning California-based journalist and co-editor of the political magazine CounterPunch. He is a co-author of several books, most recently The Big Heat: Earth on the Brink (AK Press).