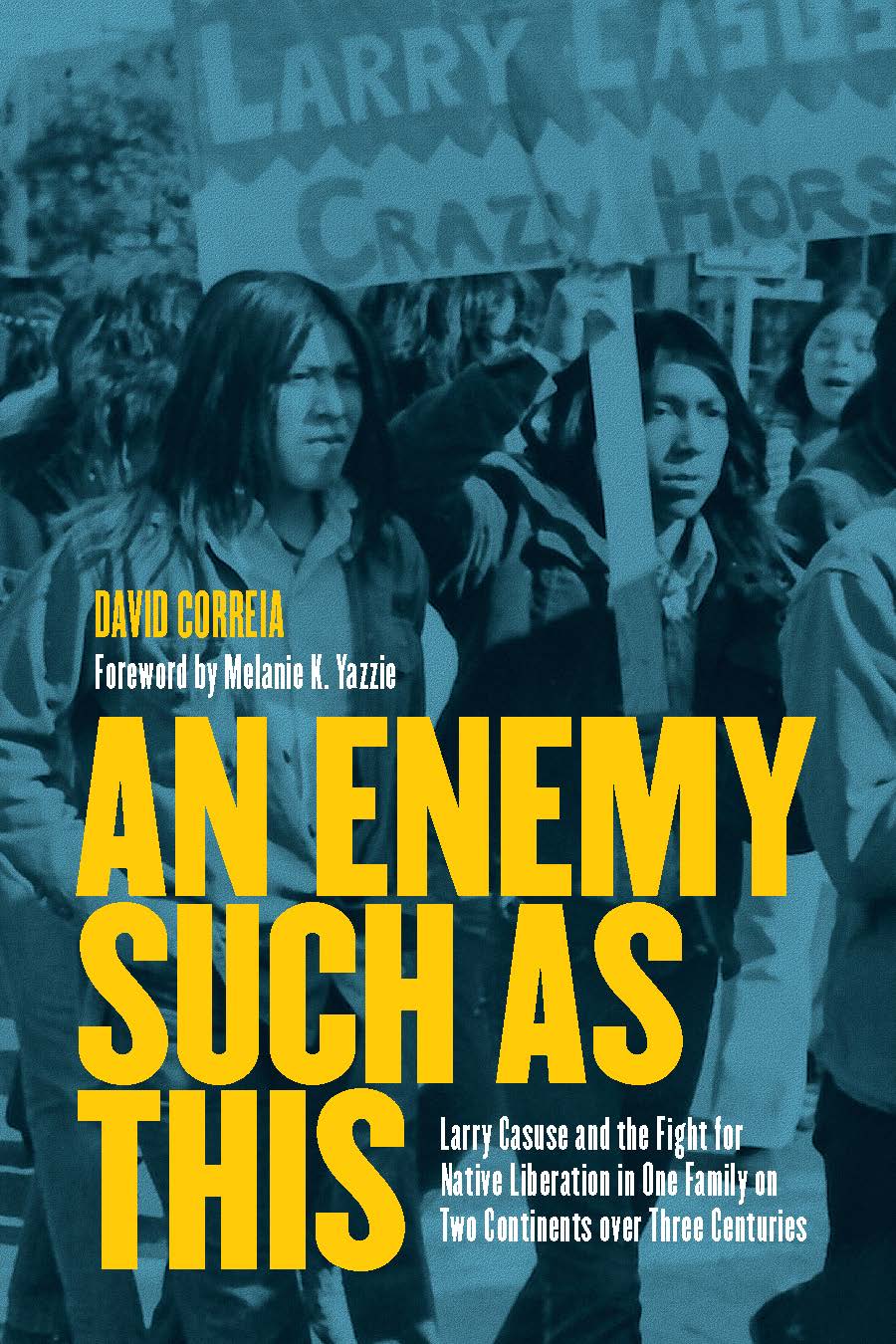 The remarkable true story of an indigenous family who fought back, over multiple generations, against the world-destroying power of settler colonial violence.

Just weeks before police would kill him in Gallup, New Mexico, in March of 1973, Larry Casuse wrote that “never before have we faced an enemy such as this.” An Enemy Such as This, for the first time, tells the history of that colonial enemy through the simultaneously epic and intimate story of Larry Casuse and those, like him, who fought against it.

From the genocidal Mexican war against the Apaches in the nineteenth century, through the collapse of European empires in the first half of the twentieth century, and culminating in the efforts of young Navajo activists and organizers in the second half of the twentieth century to confront settler colonialism in New Mexico, the book offers a resolutely Native-focused history of colonialism.

“Like his Apache forbearers, Larry represents an undeniable reality, an unshakeable strength. ‘Their evil is mighty. But it can’t stand up to our stories,’ writes Leslie Marmon Silko. These words open An Enemy Such as This. Like all Indigenous freedom fighters, Larry is a story. As long as this story continues, so too will Indigenous life. Settler colonialism is the negation of life, held together through violence. You can’t forge a future out of a negation. Indigenous resistance is a story of affirmation. Larry is an affirmation.”

Melanie Yazzie, from the Foreword

“A brilliant tour de force bringing back to life the beloved Navajo militant Larry Casuse who died at the hands of Gallup, NM police. In doing so, David Correia traces the Casuse family history within a world-historical context of Western colonialism, both world wars, US wars against the Native Nations, and continued settler-colonialism and bordertown violence, propped up by US law. This is a breathtaking and original historical narrative that is also a page-turner.”

Roxanne Dunbar-Ortiz, author of Not “A Nation of Immigrants,” Settler-Colonialism, White Supremacy and a History of Erasure and Exclusion

David Correia is a writer, activist and organizer. He is a co-author of Red Nation Rising: From Bordertown Violence to Native Liberation, author of Properties of Violence: Law and Land Grant Struggle in Northern New Mexico, co-author of Police: A Field Guide, and co-editor of Violent Order: Essays on the Nature of Police.

Melanie K. Yazzie (Diné) is Assistant Professor of American Indian Studies at the University of Minnesota and coauthor of Red Nation Rising: From Bordertown Violence to Native Liberation.