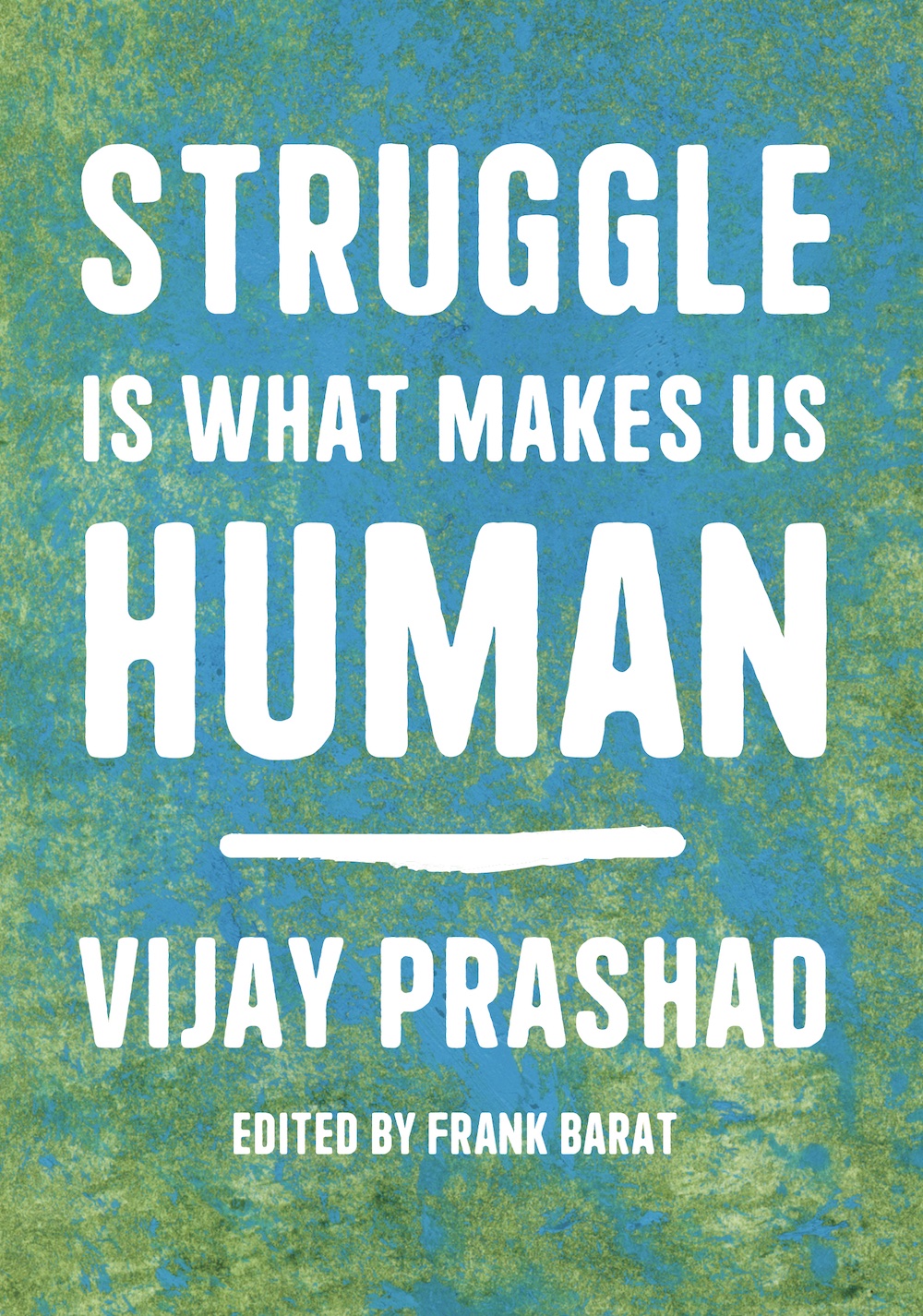 STRUGGLE IS WHAT MAKES US HUMAN

Struggle is What Makes us Human unfolds with a succession of interviews between Vijay Prashad and Frank Barat during the height of the pandemic; as the disease was overwhelming societies around the globe. In the context of this historic moment Prashad and Barat discuss topics ranging from globalization, neoliberalism, and socialism. They dissect the current bourgeois world order and analyze how a system that prioritizes profit over human life is incapable of confronting problems such as climate change, global health pandemics, and war.

Yet there is cause for hope. As Prashad brilliantly highlights in the book’s introduction:
“This deterioration of living conditions that goes beyond the limits of endurance is met with ferocious resistance. The Indian agricultural workers’ and farmers’ revolt, the Kenyan and Peruvian health workers’ strike, the general protests of the poor in Tunisia, the struggles against the utter failure of the government to tackle the pandemic in Brazil, the mass demonstrations for the abortion law in Argentina: these are the contours of the uprisings of the people, what Hegel called ‘the seriousness, the suffering, the patience, and the labour of the negative’. It is this ‘labour of the negative’, these struggles that are held up by organizations, these movements that are building the confidence and power of the working-class and peasantry that would be able to drive an agenda forward; they build the road by walking. So, let’s go.”

Vijay Prashad is an Indian historian and journalist. Prashad is the author of thirty books, including Washington Bullets, Red Star Over the Third World, The Darker Nations: A People’s History of the Third World and The Poorer Nations: A Possible History of the Global South. He is the Chief Correspondent for Globetrotter and a Columnist for Frontline (India). He is the Chief Editor of LeftWord Books (New Delhi). He has appeared in two films – Shadow World (2016) and Two Meetings (2017).

Frank Barat is a human rights activist and author. He was the coordinator of the Russell Tribunal on Palestine and is now the president of the Palestine Legal Action Network. His books include Gaza in Crisis, Freedom is a Constant Struggle, and We Still Here.