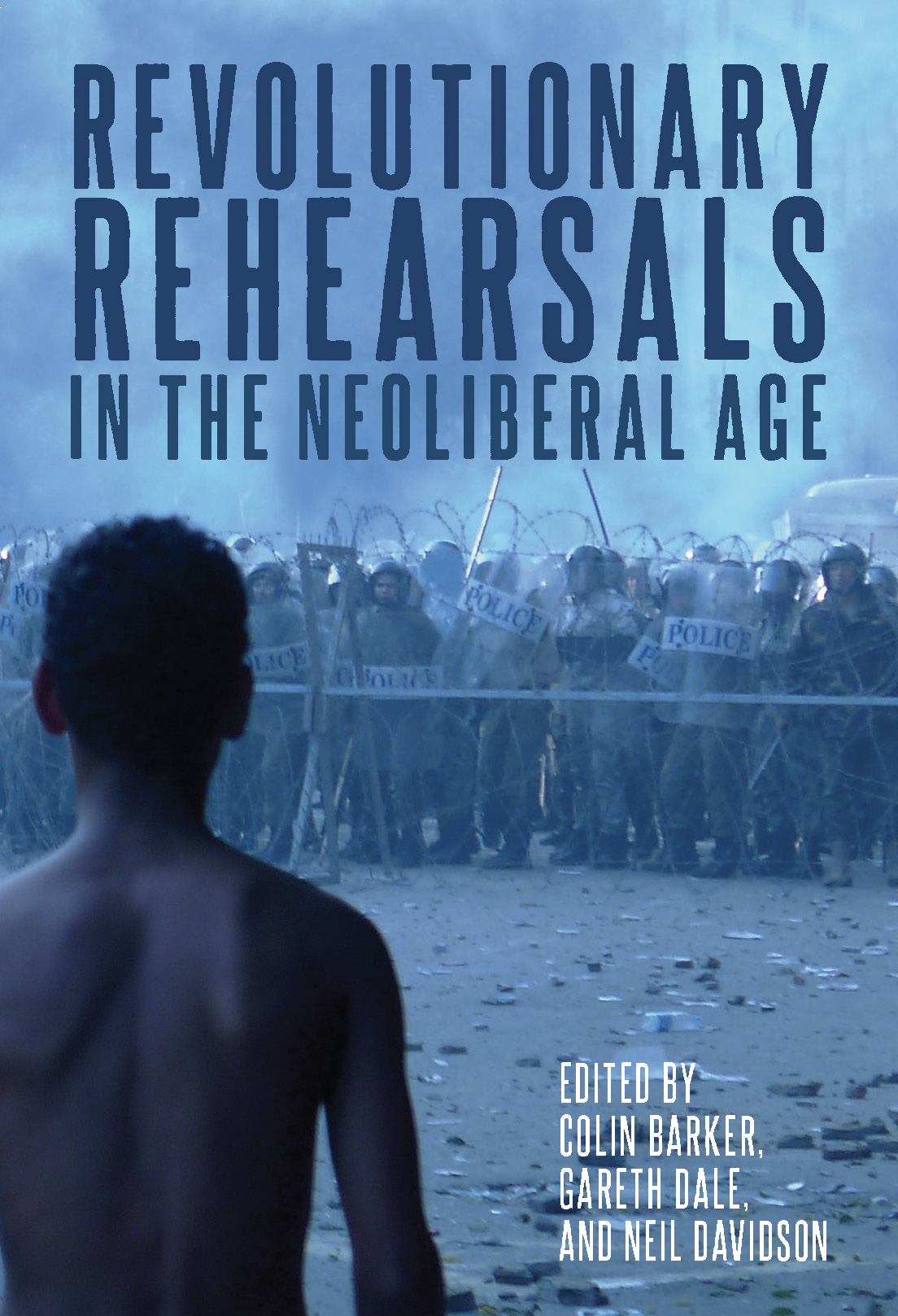 REVOLUTIONARY REHEARSALS IN THE NEOLIBERAL AGE

This indispensable volume surveys revolutionary upheavals across the world between 1989 and 2019, drawing lessons for theorizing revolution today.

This ambitious volume examines revolutionary situations during a non-revolutionary historical conjuncture–the neoliberal era. The last three decades have seen an increase in the number of political upheavals that challenge existing power structures, many of them taking the form of urban revolts. This book compellingly explores a series of such upheavals–in Eastern Europe, South Africa, Indonesia, Argentina, Bolivia, Venezuela, sub-Saharan Africa (including Congo, Zimbabwe, Burkina Faso) and Egypt. Each chapter studies the ways in which protest movements developed into insurgent challenges to state power, and the strategies that regimes have deployed to contain and repress revolt.

In addition to empirical chapters, the book engages in theorization of revolution, dealing with questions such as the patterning of revolution in contemporary history, the relationship between class struggle and social movements, and the prospects of socialist revolution in the twenty-first century.

“General histories of the neoliberal era are shaped by an overwhelming sense of defeat for radical movements. It is, of course, true that neoliberalism was spectacularly ushered in by shattering working-class resistance in some key workplaces in India, Australia, the UK, and the US. Revolutionary Rehearsals in the Neoliberal Age, however, compels us to be attentive to a different view of this era. Tracing revolutionary uprisings from 1989 to 2019, this book is a map of resistance and resilience in the face of tremendous odds. The case studies, as well as the introductory essay, lead us through situations where the victory of capitalism over humanity was anything but assured. And yet the book is not a wistful history about what could have been. Rather, it is a strategic assessment of near-victories to prepare us for the fire next time.”

Tithi Bhattacharya, coauthor of Feminism for the 99%

“This fine collection of essays deals with some of the most significant revolutionary situations in the neoliberal era. It makes great reading, with powerful arguments, and concludes with a wager on the future: climate change is a terrible danger, but it has revolutionary potential, because it cannot be prevented by partial reforms which do not challenge the capitalist system itself.”

“What remains of revolution after decades of neoliberalism? The question is both perplexing and urgent. With realism and radical intransigence, Revolutionary Rehearsals in the Neoliberal Age tackles it head on. Acknowledging the inadequacy of longstanding left-wing models to our era, the authors gathered here also refuse to counsel despair. Instead, they trace emancipatory impulses and upheavals across the scorched landscape of neoliberalism. The result is a provocative, stimulating, and deeply radical set of reflections on the meaning of revolution today. This is a book for everyone who wants to change the world.”

David McNally, author of Blood and Money and Monsters of the Market

“How can popular movements not only topple repressive governments, but also create more thoroughly democratic, egalitarian, and solidaristic societies? This is the question that animates the contributions to Revolutionary Rehearsals in the Neoliberal Age, which examines a wide range of revolutionary situations from 1989 to 2019. The case studies, which are well researched and insightful, include Central and Eastern Europe; Africa, including South Africa; Indonesia; Argentina, Bolivia, and the ‘pink tide’ in Latin America; and Egypt. The theoretical reflections by Colin Barker and Neil Davidson are provocative and challenging. This volume will interest anyone who seeks to understand popular uprisings and revolutions and the ways in which capitalism motivates, structures, and constrains them.”