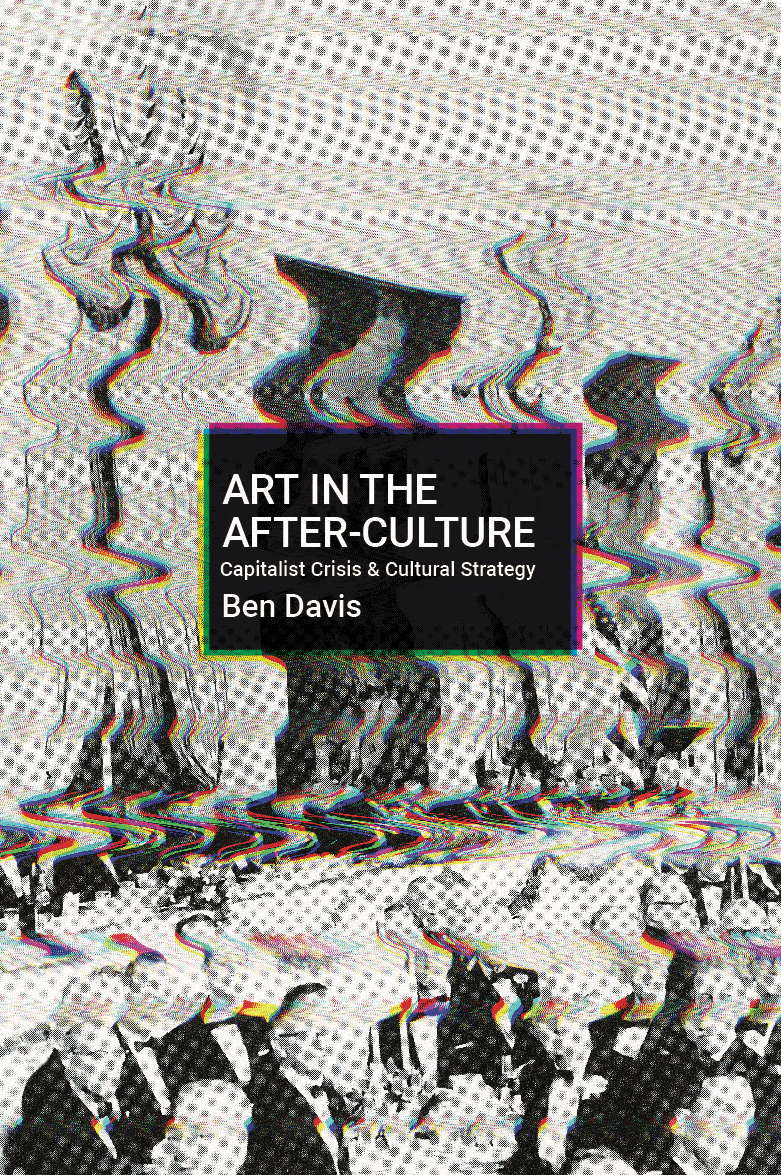 ART IN THE AFTER-CULTURE
Capitalist Crisis and Cultural Strategy

In these incisive essays, art critic Ben Davis makes sense of our extreme present as an emerging “after-culture”—a culture whose forms and functions are being radically reshaped by cataclysmic events. In the face of catastrophe, he holds out hope that reckoning with the new realities of art, technology, activism, and the media, can help us weather the super-storms of the future.

“Ben Davis is the only art critic I read. These erudite and entertaining essays take the reader on a mind-bending tour through our fragmented, confounding, and commodified cultural landscape, providing welcome historical and political context to many of the high-profile controversies and existential challenges that define our age. Ever attuned to questions of power and profit, Davis never yields to cynicism or forecloses the possibility of creativity’s role in our collective liberation. This kaleidoscopic collection will help you see and comprehend the world anew—which is, in my book, what good art should do.”

“Amid the cultural sandstorm of infinite memes and ravenous engagement algorithms, rare sneakers and mythic NFTs, made-for-Instagram immersive installations and the relentless firehose of TikTok clips, Ben Davis asks a simple question “What about Art?” What follows is an indispensable series of provocations on the future of culture, politics, and society that speak to some of the most urgent issues facing societies where culture, capitalism, and identity have become nearly indistinguishable from one another. Following in the footsteps of theorists like John Berger, Stuart Hall, and Lucy Lippard, Ben Davis is an essential guide to the politics of culture in the 21st Century.”

Praise for 9.5 Theses on Art and Class:

“Just when it seemed that contemporary art writing and the subject of real-life politics had permanently parted ways, along comes the young New York critic Ben Davis with a book that brings them together. No cheerleading here, no swoony prosody, no easy kiss-offs; just smart, ardent, illusion-puncturing observation and analysis on the intersection of art, commerce, and the elephant in the art-fair VIP lounge class. None of this would matter much if he didn ‘t tell us why we should care, but he does. Under all his excoriations lies a faith in art as an agent of transformation toward a post-neoliberal, post-greed society that could be, should be.”

“Like watching an expert pole-vaulter ply his craft, witnessing this critic reach for first principles in this day and age constitutes its own reward… On 9.5 Theses, the verdict is crystal: This is one helluva pamphlet.”

“By reminding artists where they really stand, Davis hopes, in the end, to put them on firmer footing, both politically and creatively.”

“Davis is an intellectually clearheaded critic dishing out some tough truths, often backed up with statistics, to the rarefied ‘art world.’ . . . The book reframes the production and sale of art in tough terms, which is why the collection ‘s centerpiece, 9.5 Theses on Art and Class, should be required reading for art professionals. In this first book, Davis proves himself a critic to be reckoned with.”

“9.5 Theses on Art and Class is the first book I ‘ve read by an art critic that spoke to the world I lived and worked in as an artist. Incisive, irreverent, and intellectually fearless. A truth-bomb of a book.”

Ben Davis is author of 9.5 Theses on Art and Class, and essays for The Baffler, Jacobin, the New York Times, and elsewhere. A 2019 survey of art writers ranked him as the fifth most influential critic in the United States.