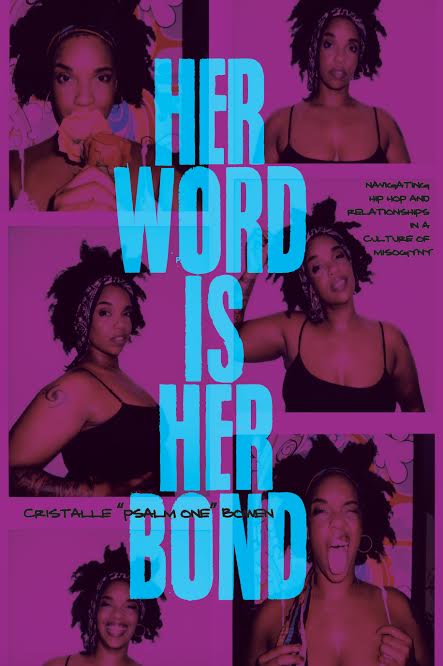 HER WORD IS BOND:
Navigating Hip Hop and Relationships in a Culture of Misogyny

Her Word is Bond recounts the triumphs and setbacks of a rap legend who blazed a new trail for women in hip hop.

“Nowhere near famous but still infamous,” Psalm One is a legend to rap nerds, scholars, and “heads,” and has gone on to work with the brightest names in rap and have her work celebrated and taught around the globe. In Her Word Is Bond, Psalm One tells her own story, from growing up in Englewood, Chicago through her life as a chemist, teacher, and legendary rapper. Intrinsically feminist, this story is a celebration of the life and career of one artist who blazed the trail for women in hip hop.

Cristalle Bowen, also known as Psalm One, is an international touring and recording artist. She has been consistently named one of the nation’s best by the Chicago Tribune, and in 2011 made her television debut on MTV’s Emmy- winning series, MADE.