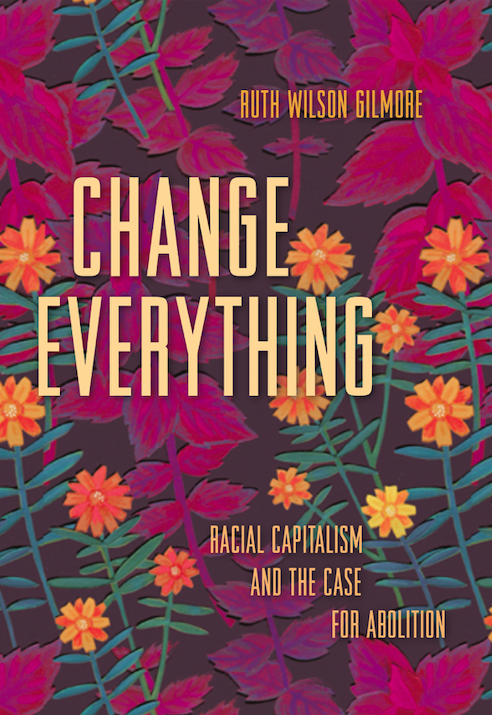 CHANGE EVERYTHING
Racial Capitalism and the Case for Abolition

Racial, gender, and environmental justice. Class war. Militarism. Interpersonal violence. Old age security. This is not the vocabulary many use to critique the prison-industrial complex.

But in this series of powerful lectures, Ruth Wilson Gilmore shows the only way to dismantle the systems and logics of control and punishment is to change questions, categories, and campaigns from the ground up.

Abolitionism doesn’t just say no to police, prisons, border control, and the current punishment system. It requires persistent organizing for what we need, organizing that’s already present in the efforts people cobble together to achieve access to schools, health care and housing, art and meaningful work, and freedom from violence and want.

As Gilmore makes plain, “Abolition requires that we change one thing: everything.”

Change Everything is part of the new “Abolitionist Papers” book series, edited by Naomi Murakawa.

“Ruthie has always been very clear that prison abolition is not just about closing prisons. It’s a theory of change.”

“In three decades of advocating for prison abolition, the activist and scholar has helped transform how people think about criminal justice.”

Naomi Murakawa is an associate professor of African American Studies at Princeton University. She studies the reproduction of racial inequality in 20th and 21st century American politics, with specialization in crime policy and the carceral state. She is the author of The First Civil Right: How Liberals Built Prison America. She is the editor of the Abolitionist Papers book series at Haymarket Books.