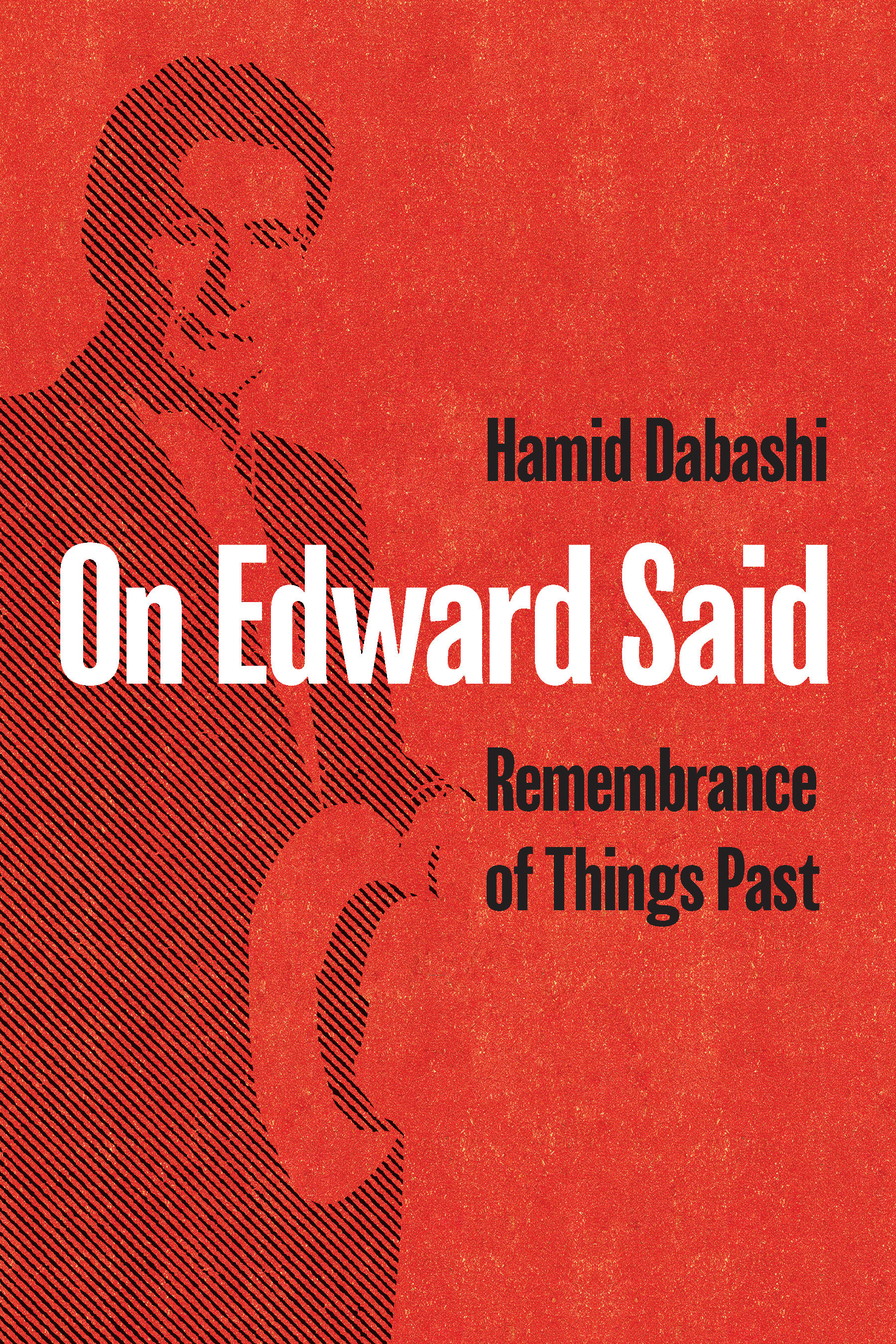 ON EDWARD SAID
Remembrance of Things Past

Edward Said (1953–2003) was a towering figure in post-colonial studies and the struggle for justice in his native Palestine, best known for his critique of orientalism in western portrayals of the Middle East. As a public intellectual, activist, and scholar, Said forever changed how we read the world around us and left an indelible mark on subsequent generations.

Hamid Dabashi, himself a leading thinker and critical public voice, offers a unique collection of reminiscences, travelogues and essays that document his own close and long-standing scholarly, personal and political relationship with Said. In the process, they place the enduring significance of Edward Said’s legacy in an unfolding context and locate his work within the moral imagination and environment of the time.

“This book moves elegantly between anecdotes in Edward Said’s life and a profound analysis of the intellectual contribution of one of the most influential thinkers of our times. Hamid Dabashi guides us skillfully between Said’s universalist, humane and moral position and his total commitment for the liberation of Palestine. With the help of this book we revisit, in a very accessible language and a straightforward style, Said’s intellectual prominence and impact on cultural studies. We are also introduced once more to the extent of his commitment to the struggle for justice in Palestine. Whether you are a devoted ‘Saidian’ or a newcomer to his world, this book is an essential reading.”

“Reading Dabashi is like going for an extended coffee with a very smart friend.”

“Hamid Dabashi’s respect and affection for Edward W. Said and his intellectual legacy are manifest throughout this book. As a former colleague and friend of Said’s, Dabashi’s engagement is not only personal, but also emphatically political and intellectual.”

“Hamid Dabashi has written a deeply moving text that pays tribute and engages with one of the most important thinkers of time, Edward Said. The book is comprised of essays , documents and shorter political pieces which skillfully highlight the impact of Said’s work on the pressing political issues of time. The original presentation which shows Said’s influence over many years not only on Dabashi himself but on some many others who struggled and continue to struggle with what it means to challenge Eurocentrism and the brutal legacy of colonialism This is a book that is a must read not only for those interested in Said but for anyone who reads him for the sake of a life committed to justice.”

“A lyrical homage to his friend and colleague, the great Palestinian theorist, humanist, and agitator Edward Said. Dabashi follows in Said’s footsteps, reliving his own march through Mideast war zones and jousts with Islamophobes with lively turns of phrase and a soul laid bare.”

“If you want to know more about Edward Said, the person, the intellectual, the friend, the political public figure, this is a book to read. And it is more than that. Palestinian/American Edward Said is revived in the memories of Iranian/American Hamid Dabashi. At a time when hate is propelled by the State to extreme high, what transpire from these pages is care, respect and decolonial love between a Palestinian/American and Iranian/American connected through colonial wounds inflicted upon migrants from the Middle East. Through the chapters, you will find also the dignified anger with which Said and Dabashi responded to the intolerance and hate towards free thinkers in the public sphere. The account of personal and professional ethics that Dabashi learned from Said, is not only a distinctive feature of the book but it is of extreme relevance when free thinking at the university has been mutating into corporate thinking.”

“By turns skeptical and erudite, passionate and poetic, Hamid Dabashi’s book is animated by his love for Edward Said and his work. It will raise many hackles, but in its provocations it challenges one to rethink many of the standard clichés and prejudices of our time. Some pages are threaded with melancholy, others with anger, as in his white-hot assessment of the films of Michael Haneke and the books of his academic opponents. Above all, On Edward Said is powered by Dabashi’s commitment to the ideal that “Palestine belongs to the Palestinians—whether Jews, Christians or Muslims”. There is not a page in this book that does not challenge its reader. Whether one disagrees with it or not, this is a work that will leave its mark on all who read it.”

“This remarkable collection of essays and interviews represents a long and diverse journey with a constant companion: the living memory of Edward Said. In lucid and passionate prose, Dabashi reminds us how much we need to return to Said’s thought and work, especially in ‘the darker moments of our despair,’ when we can, if we concentrate, find him ‘waiting for … us to awake, to arrive.’ This is how death, for Dabashi, becomes a form of suspension rather than a terminal loss.”

Hamid Dabashi is the Hagop Kevorkian Professor of Iranian Studies and Comparative Literature at Columbia University in New York, an internationally renowned cultural critic, and award-winning author, with over 25 books to his name. He also offers commentary as a current affair essayist and his articles have appeared on major international print, digital, and broadcast media. He is regularly featured on CNN, BBC, CBC, Al Jazeera, and other global, national, and local venues. His essays have regularly appeared in al-Ahram Weekly in Egypt, Bir Gun in Turkey, and CNN in the United States. He currently writes a regular column for Al Jazeera.