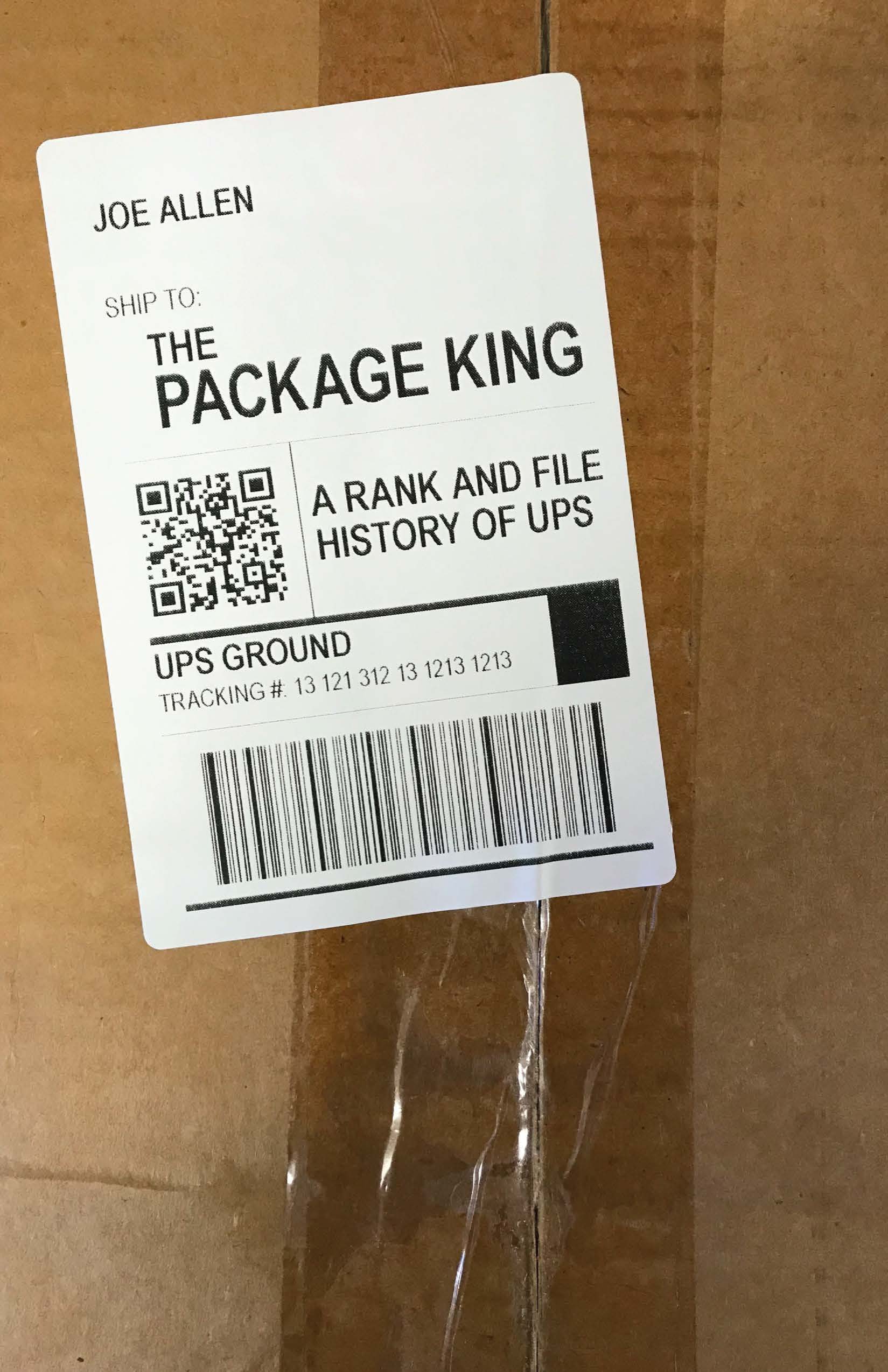 THE PACKAGE KING
A Rank and File History of UPS

If the 20th Century was the American Century, it was also UPS’s Century. Joe Allen’s The Package King tears down the Brown Wall surrounding one of America’s most admired companies—United Parcel Service (UPS). The company that we see everyday but know so little about. How did a company that began as a bicycle messenger service in Seattle, Washington become a global behemoth? How did it displace General Motors, the very symbol of American capitalism, to become the largest, private sector, unionized employer in the United States? And, at what cost to its workers and surrounding communities? Will it remain the Package King in the 21st Century or will be dethroned by Amazon?

“UPS activists, Teamsters, and others involved in the labor movement will want to buy this book, put it in their libraries, and take it down and refer to it as they strategize with their coworkers. All of those interested in the increasing inequities societies and the forces that cause them should get this book or get it into your community or university library.”

“Get a copy of Allen’s book for yourself and then pass it on to a UPS driver the next time you get a delivery. She is part of the most organized section of what is possibly the most important industry in 21st-century capitalism, and the outcome of her story will have a lot to do with what our world looks like on the other side of this pandemic.“

“Excellent book!! If you’re the least bit interested in the lengthy and nefarious relationship between the Teamsters and UPS, this book covers it all. I’m embarrassed that I’ve worked for more than a quarter century for UPS and been a Teamster for just as long and didn’t know half of the stuff that’s uncovered, exposed, and revealed in The Package King!”

“The Package King’s step by step narrative of how major changes in the Teamsters and in labor history can and did happen, should serve as an example to any young militants entering the trade union movement today. Anyone interested in taking on the rich and powerful on the shop floors of the 21st century should download and read this book.”

Guy Miller, In These Times

“The Package King is a wonderful look at over a century of capitalism, its transformations, and the rank and file militancy, and peaks and troughs that have characterized the U.S. labour movement of the last 100 years. It is also a call to activists to get serious about analyzing the modern logistics system and how to think about how to build worker power within it.”

Joe Allen worked for nearly a decade at UPS between its Watertown, Massachusetts and Chicago, Illinois Jefferson Street hubs. Starting out as a part-time loader he worked his way through a series of part-time sorting and driving jobs until his final year at UPS where he was a package car driver in Chicago’s Loop. Allen’s work life has largely revolved different sections of the freight and logistics including for such major employers as A.P.A Transport (Canton, Mass.), Yellow Freight (Maspeth, NY), and UPS. He has been a member of several Teamster local unions and a member of Teamsters for a Democratic Union. He campaigned for Ron Carey’s reelection in 1996, and for Tom Leedham in the two following Teamster elections.