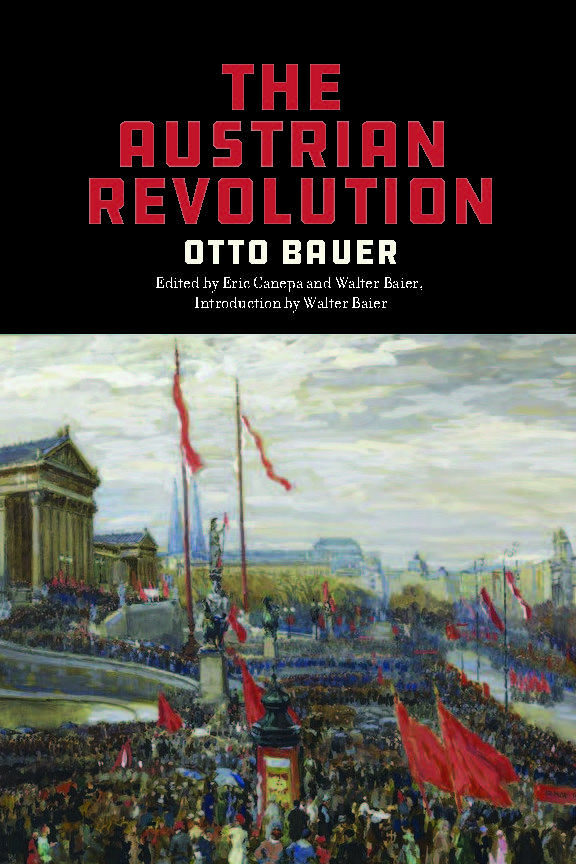 This is the story of the decline and fall or an empire, a region devastated by war, and a world stage fundamentally transformed by the Russian Revolution. Bauer’s magisterial work — available in English for the first time in full — charts the evolution of three simultaneous, overlapping revolutionary waves: a national revolution for self-determination, which brought down imperial Austro-Hungary; a bourgeois revolution for parliamentary republics and universal suffrage; and a social revolution for workers’ control, factory councils, and industrial democracy.

The brief but crowning achievement of Red Vienna, alongside Bauer’s unique theorisation of an “integral socialism” — an attempted synthesis of revolutionary communism and social democracy — is a vital part of the left’s intellectual and historical heritage. Today, as movements once again struggle with questions of reform or revolution, political strategy, and state power, this is a crucial resource. Bauer tells the story of the Austrian Revolution with all the immediacy of a central participant, and all the insight of a brilliant and original theorist.

“The revolution in Central Europe in 1918-21 was a giant event that came closer to changing world history than most of us realize. For English-speakers, this translation opens a challenging new window on the history of the Austrian workers’ council movement and the role of the Entente powers in the counter-revolution that followed. Published in 1923, it stands unique as an analysis of the revolution’s internal dynamics and the costs of defeat.”

Walter Baier, an economist in Vienna, was National Chairman of the Communist Party of Austria (KPÖ) from 1994 to 2006. He was an editor of the Austrian weekly Volksstimme and from 2007 has been Coordinator of the network transform!Europe, a network of 36 think tanks and educational organizations from 22 European countries, which as is recognized as the associated political foundation of the Party of the European Left (EL).

Otto Bauer (5 September 1881 4 July 1938) was the leading figure of the Austrian Social Democratic Workers Party. An early inspiration for the New Left and Eurocommunist movements in later decades, his theories of imperialism and the national question, as well as his practical work building a mass organization, made him a key figure in the First and Second Internationals.