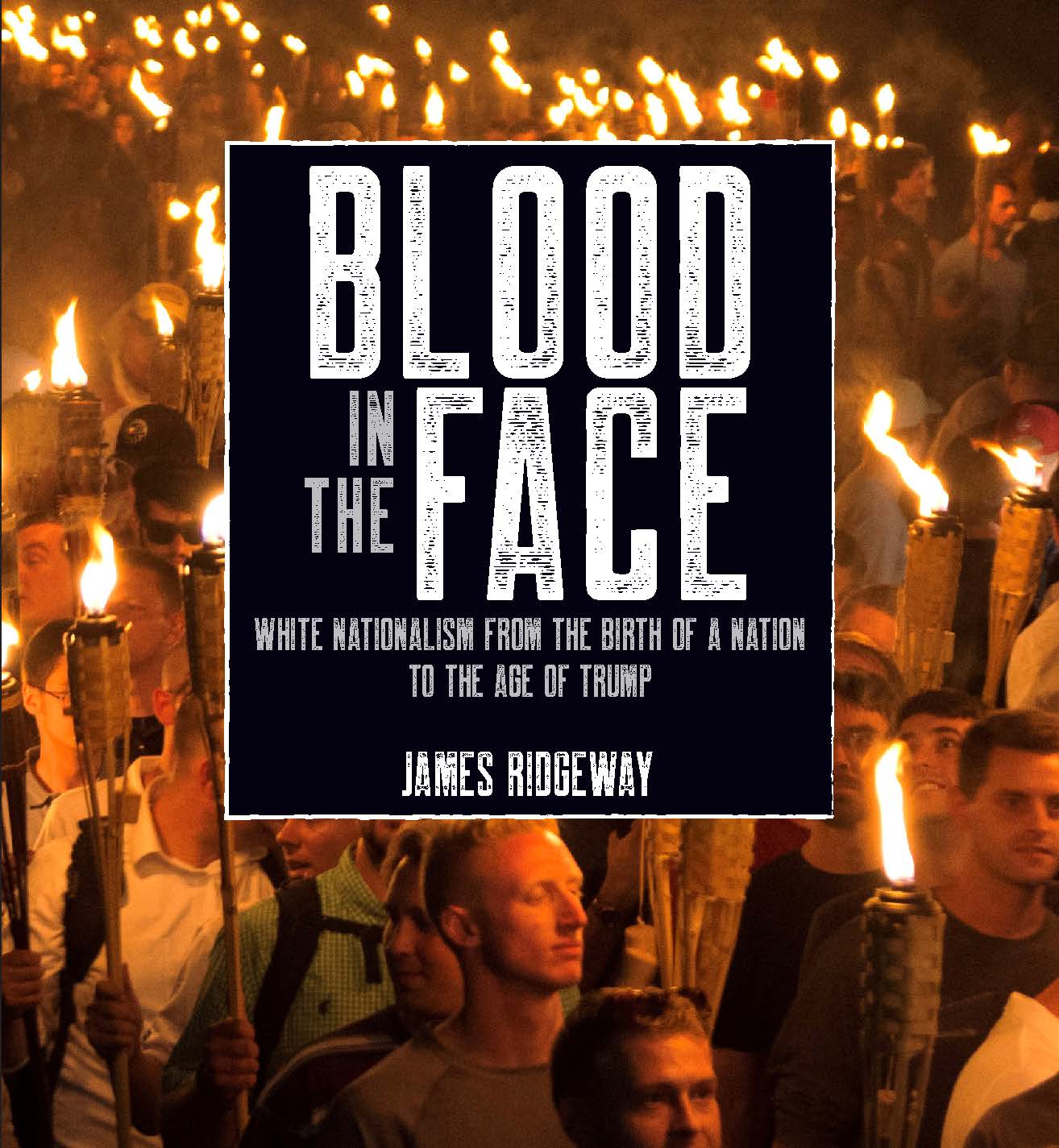 In 1990, Blood in the Face: The Ku Klux Klan, Aryan Nations, Nazi Skinheads, and the Rise of a New White Culture was the first book to uncover the contours, beliefs, leaders, and wider influence of the American racist far right movement. It told their story from the inside out, complete with interviews, recruiting pamphlets, cartoons, rants, sermons, threats, police reports, and more. The accompanying analysis by veteran investigative reporter James Ridgeway detailed the movement ‘s volatile history and its expansion beginning in the 1980s, insisting that the groups making up this “fringe” culture were too powerful–and too much a part of American culture–to be ignored or dismissed.

When the book ‘s prescience about the dangers of the racist far-right became manifest in the Oklahoma City bombing of 1995, a second edition of Blood in the Face was released with a new introduction charting the rise of the Militia Movement to which Timothy McVeigh and his co-conspirators were connected. Since then, both the book and the documentary film that accompanied its release (also titled Blood in the Face), have earned cult followings.

In the past 25 years, Ridgeway ‘s final warning–that the “fringe was becoming part of the fabric” of American politics and culture, have come to chilling fruition in the rise of the Tea Party, the racist backlash against the presidency of Barack Obama, the resurgence of anti-immigrant Nativism, the growth of racist far-right media, and the election of Donald Trump with the thunderous support of white nationalists.

“[A] guidebook through the nether regions of the racist universe.”

“Ridgeway is a skilled guide through the bewildering and amorphous network of racists, radical tax resisters, skinheads, Nazis and Klansmen that composes what he terms ‘an organized and, at times, violent, new far-right movement.'”

“[A] comprehensive view of racist politics in the United States (with some reference to Western European politics).”

“With startling detail, this volume sets forth the violent histories of such organizations as the Ku Klux Klan, founded in 1866 by six former Confederate soldiers; the John Birch Society, an anti civil rights group masquerading as an anti Communist force; and the Posse Comitatus, whose members gather in posses to “protect” the white race from the scourge of Jews, blacks and other minorities. Examining their influence on the political climate of the U.S., Ridgeway profiles such leaders as David Dukes, the former head of the Knights of the Ku Klux Klan in Louisiana who ran for the Senate in 1990. Readers may feel overwhelmed by the amount of information this fascinating book imparts…”

“Paints a worrying picture of groups and ideologies that inspire Dylann Roof.”

James Ridgeway (1936–2021) was senior Washington correspondent for Mother Jones, and co-editor of Solitary Watch. A veteran investigative reporter and the author of 16 books, he has written for the Village Voice, the Nation, the New Republic, Ramparts, and the Wall Street Journal, among others. He was a Soros Justice Media Fellow.

Jean Casella is a co director of Solitary Watch. She is coeditor, with James Ridgeway and Sarah Shourd, of Hell Is a Very Small Place: Voices from Solitary Confinement.

Katie Rose Quandt is a writer and editor at Solitary Watch. Her work has appeared in Slate, Mother Jones, The Village Voice, The Appeal, The Nation, Vice, and In These Times.