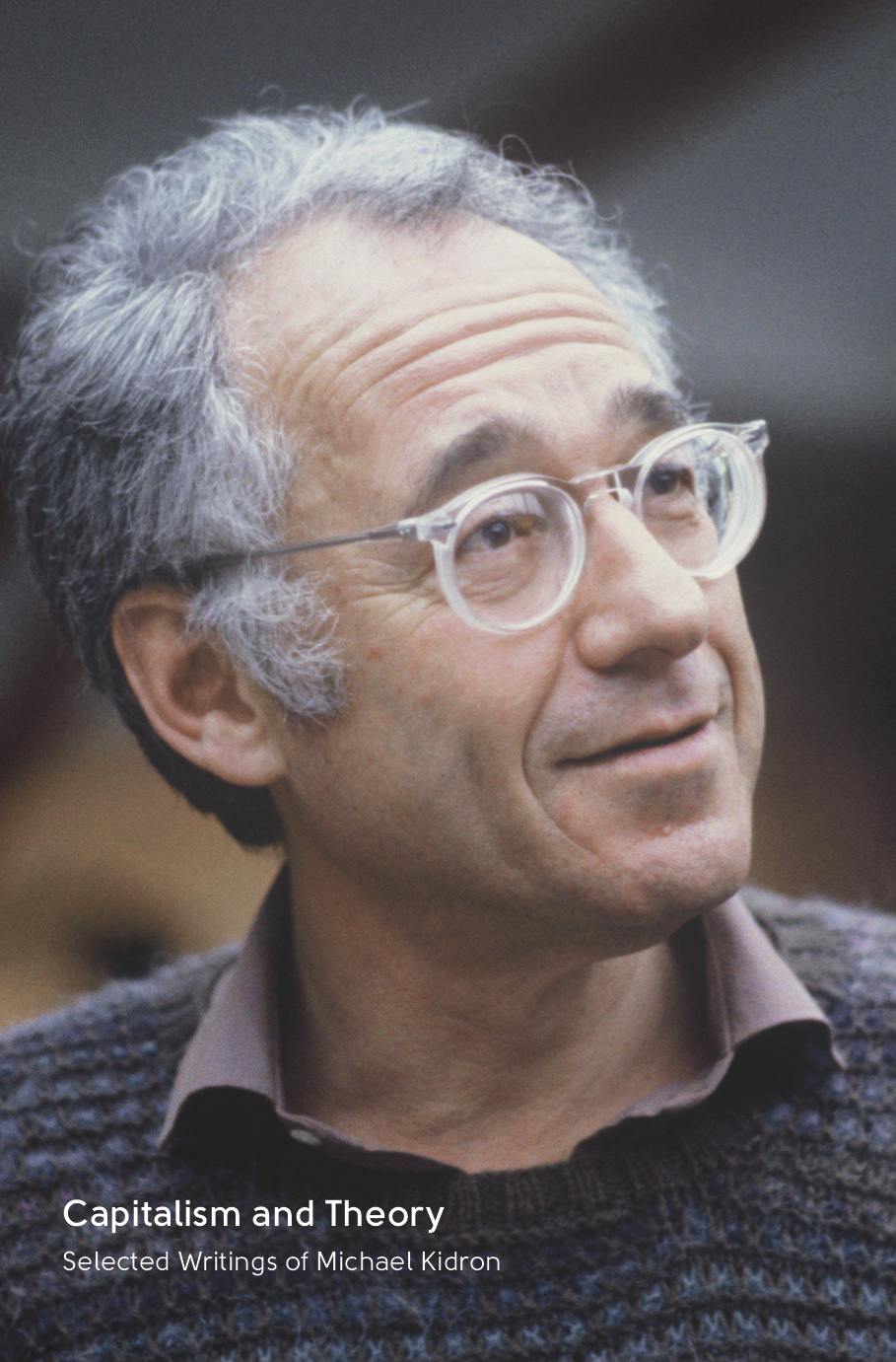 An inspiring speaker and brilliantly sophisticated theorist, Michael Kidron was a leading figure in the International Socialist tradition from the 1950s until his death in 2003. Never satisfied with merely restating the assumed tenets of Marxism, Kidron insisted that theory must evolve alongside a changing world. This undoctrinaire commitment to theoretical openness was also evident in Kidron’s period as an editor with Pluto Press in the 1970s and 1980s, when the publisher became a crucial forum for developing socialist ideas and bringing them to a wider audience.

This collection includes a number of Kidron’s most important essays: “Reform and Revolution” offers a critique of postwar social democracy, written several decades before its collapse into neoliberalism; “The Permanent Arms Economy” succinctly lays out what is perhaps Kidron’s best-known theoretical contribution; “Black Reformism” both provides an analysis of the imperialism of Kidron’s day, and attacks the then-common assumption that Third World revolutions opened a road to world socialism. In recognition of Kidron’s commitment to constantly re-examining theory, this volume also includes his 1977 essay ‘Two Insights Don’t Make a Theory’, in which he criticises and updates his own earlier work in light of historical developments.

Edited and introduced by Richard Kuper, who worked alongside Kidron at Pluto, this volume is the best introduction to one of the most original Marxist thinkers of recent times.

Michael Kidron (1930-2003) was a founding member of the International Socialism group, which later became the Socialist Workers Party. His sophistication and originality as a thinker were evident both in his own writings—including Western Capitalism Since the War, Capitalism and Theory, and the acclaimed The State of the World Atlas— and in his editorship of Socialist Review, International Socialism, and at Pluto Press.

Richard Kuper worked alongside Kidron for many years as an editor at Pluto Press.