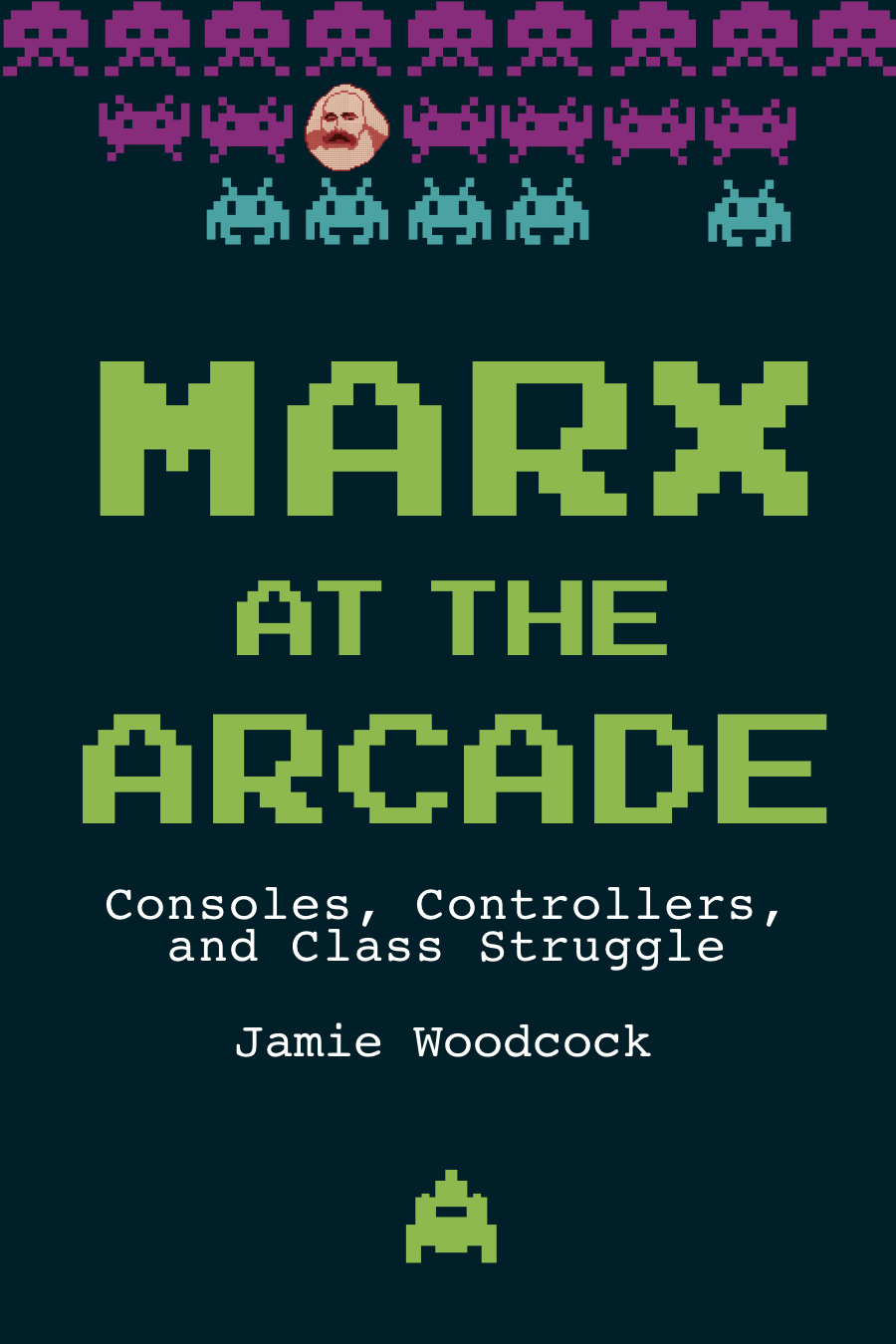 MARX AT THE ARCADE

In Marx at the Arcade, acclaimed researcher Jamie Woodcock delves into the hidden abode of the gaming industry, unravelling the vast networks of artists, software developers, and factory and logistics workers whose material and immaterial labor flows into the products we consume on a gargantuan scale. Along the way he analyzes the increasingly important role the gaming industry plays in contemporary capitalism, and the broader transformations of work and economy that it embodies.

“An admirable contribution…a digestible compendium of the labor processes and conditions inside a notoriously opaque industry.”

“Rejecting both fanboy boosterism and moralistic denunciations, Marx at the Arcade offers a refreshing approach to video games analysis. Woodcock never loses sight of the fact that the material conditions behind game production shapes the stories games tell and how they tell them, but does not reduce its analysis of the medium to these material conditions. The book highlights how it feels to actually play a game, what makes it fun, and why that participatory aspect matters when discussing what a game communicates as a cultural product.”

“Jamie Woodcock has written a book as fun and engrossing as any game. Not only does he bring a sharp Marxist analysis to the video games industry–in turn, he uses games to further our understanding of Marx. Whether you game or not, an indispensable book.”

“In his delightful Marx at the Arcade, Jamie Woodcock launches an urgently-needed workers’ inquiry into video and computer games—investigating both the work that goes into producing such games and  the play in which so many of us seek relief from constant work. Lucid, scholarly, energetic and itself playful, Marx at the Arcade sets a new frontier for radical political understanding of the digital game.”

“Marx at the Arcade is an important, brilliant and timely read that reveals the oft-ignored lives of overworked and exploited game workers, as well as the rise of the global Game Workers Unite movement that is fighting for change. Placing games within the context of a wider cultural and political struggle, Woodcock makes a compelling case for combating the toxic and reactionary elements of games culture, and pushing games towards a more positive, radical role in the world.”

“Combining the unalloyed enthusiasm of the gamer with the critical gaze of the historical materialist, Jamie Woodcock’s book cracks open the console to reveal the struggles over value, labour and the meaning of play that haunt the world of video games. Even readers who last played a video game in an arcade will gain much from this lucid and combative exploration of the industry that organizes the “free time” of countless millions.”

Alberto Toscano, Reader in Critical Theory, Goldsmiths, University of London, author of Fanaticism: On the Uses of an Idea

“In this highly readable, up-to-the-minute counter-guide to videogame work and play, Jamie Woodcock skillfully breaks play out of the “magic circle,” not only revealing capitalism’s shaping influence on digital game culture but also restoring a political perspective on games as a site of struggle. Whether revisiting game history, analyzing individual games, unpacking the distinctiveness of the game commodity, or reporting on the increasingly contested working conditions of game developers, Woodcock richly illustrates the use value of Marxian concepts to the critical study of game media.”

Jamie Woodcock is a sociologist of work, focusing on digital labour, the gig economy, and resistance. He is currently a fellow at the London School of Economics, and is the author of the award-winning Working the Phones (2016). He is on the editorial board of Historical Materialism and an editor of Notes from Below, an online journal of workers’ inquiry.