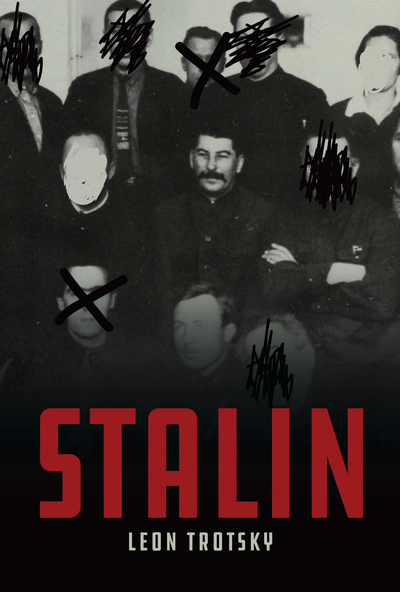 On 20th August 1940 Trotsky’s life was brutally ended when a Stalinist agent brought an ice pick crashing down on his head. Among the works left unfinished was the second part of his biography of Stalin.

Trotsky’s Stalin is unique in Marxist literature in that it attempts to explain some of the most decisive events of the 20th century, not just in terms of epoch-making economic and social transformations, but in the individual psychology of one of the protagonists in a great historical drama. It is a fascinating study of the way in which the peculiar character of an individual, his personal traits and psychology, interacts with great events.

How did it come about that Stalin, who began his political life as a revolutionary and a Bolshevik, ended as a tyrant and a monster? Was this something pre-ordained by genetic factors or childhood upbringing? Drawing on a mass of carefully assembled material from his personal archives and many other sources, Trotsky provides the answer to these questions.

In the present edition we have brought together all the material that was available from the Trotsky archives in English and supplemented it with additional material translated from Russian. It is the most complete version of the book that has ever been published.

“A book on Stalin by Trotsky would be an event under any circumstances.”

“As an historian and biographer, Trotsky treats facts, dates and quotations with almost pedantic conscientiousness.”

“Because of his intimate participation in the events which he describes, Trotsky’s writings are always historically important.”

“This book will take its place among the great Marxist classics not simply as a brilliant biography but as a powerful weapon in the struggle for the communist future of man.”

“Like most of Trotsky’s writings, Stalin is a literary tour de force.”