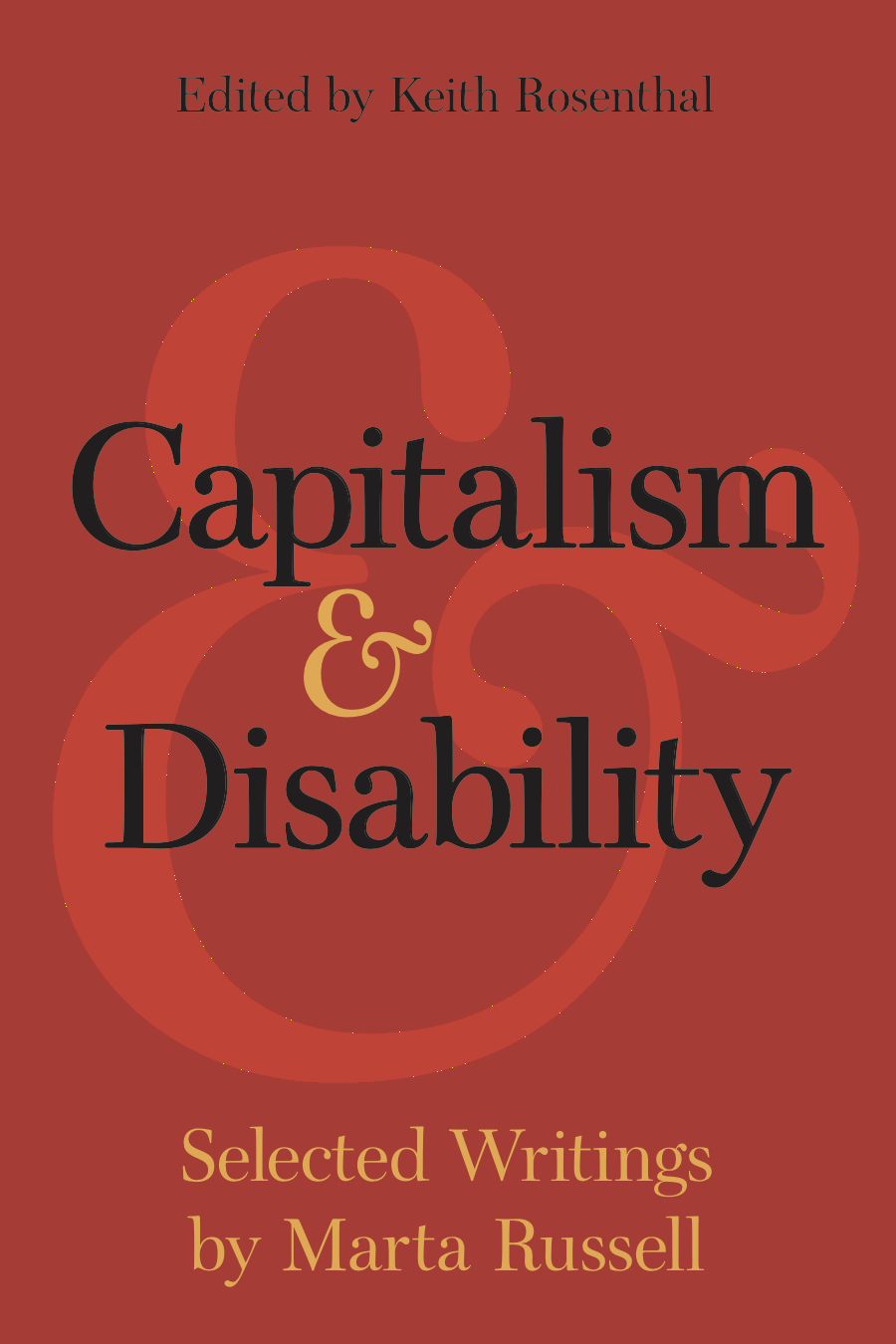 Spread out over many years and many different publications, the late author and activist Marta Russell wrote a number of groundbreaking and insightful essays on the nature of disability and oppression under capitalism. In this volume, Russell’s various essays are brought together in one place in order to provide a useful and expansive resource to those interested in better understanding the ways in which the modern phenomenon of disability is shaped by capitalist economic and social relations.

The essays range in analysis from the theoretical to the topical, including but not limited to: the emergence of disability as a “human category” rooted in the rise of industrial capitalism and the transformation of the conditions of work, family, and society corresponding thereto; a critique of the shortcomings of a purely “civil rights approach” to addressing the persistence of disability oppression in the economic sphere, with a particular focus on the legacy of the Americans with Disabilities Act of 1990; an examination of the changing position of disabled people within the overall system of capitalist production utilizing the Marxist economic concepts of the reserve army of the unemployed, the labor theory of value, and the exploitation of wage-labor; the effects of neoliberal capitalist policies on the living conditions and social position of disabled people as it pertains to welfare, income assistance, health care, and other social security programs; imperialism and war as a factor in the further oppression and immiseration of disabled people within the United States and globally; and the need to build unity against the divisive tendencies which hide the common economic interest shared between disabled people and the often highly-exploited direct care workers who provide services to the former.

Marta Russell (December 20, 1951 – December 15, 2013) was an American writer and disability rights activist. She was involved with disability rights organizations such as ADAPT and Not Dead Yet, and engaged in protests against economic oppression, war, and racial discrimination. Her writings have earned the praise of such disability theorists as Vic Finkelstein and Mike Oliver who pioneered the social model of disability. Politically, Russell was heavily influenced by intellectuals such as Noam Chomsky, Howard Zinn, Frances Moore Lappé, Angela Davis, and Karl Marx. Her writings have appeared in both academic and activist sources such as the Journal of Disability Policy Studies, Berkeley Journal of Employment and Labor Law, New Mobility, Socialist Register, and Monthly Review. In 1994 she produced an award-winning documentary, “Disabled and the Cost of Saying ‘I Do’,” on the structural injustices faced by couples with disabilities. Her 1998 book, Beyond Ramps: Disability at the End of the Social Contract, analyzed the relationship between ableism, Social Darwinism, and economic austerity in the era of neoliberal capitalism.

Keith Rosenthal is a socialist writer and activist. He is a frequent contributor to the International Socialist Review magazine on the topics of disability, capitalism, and revolution.