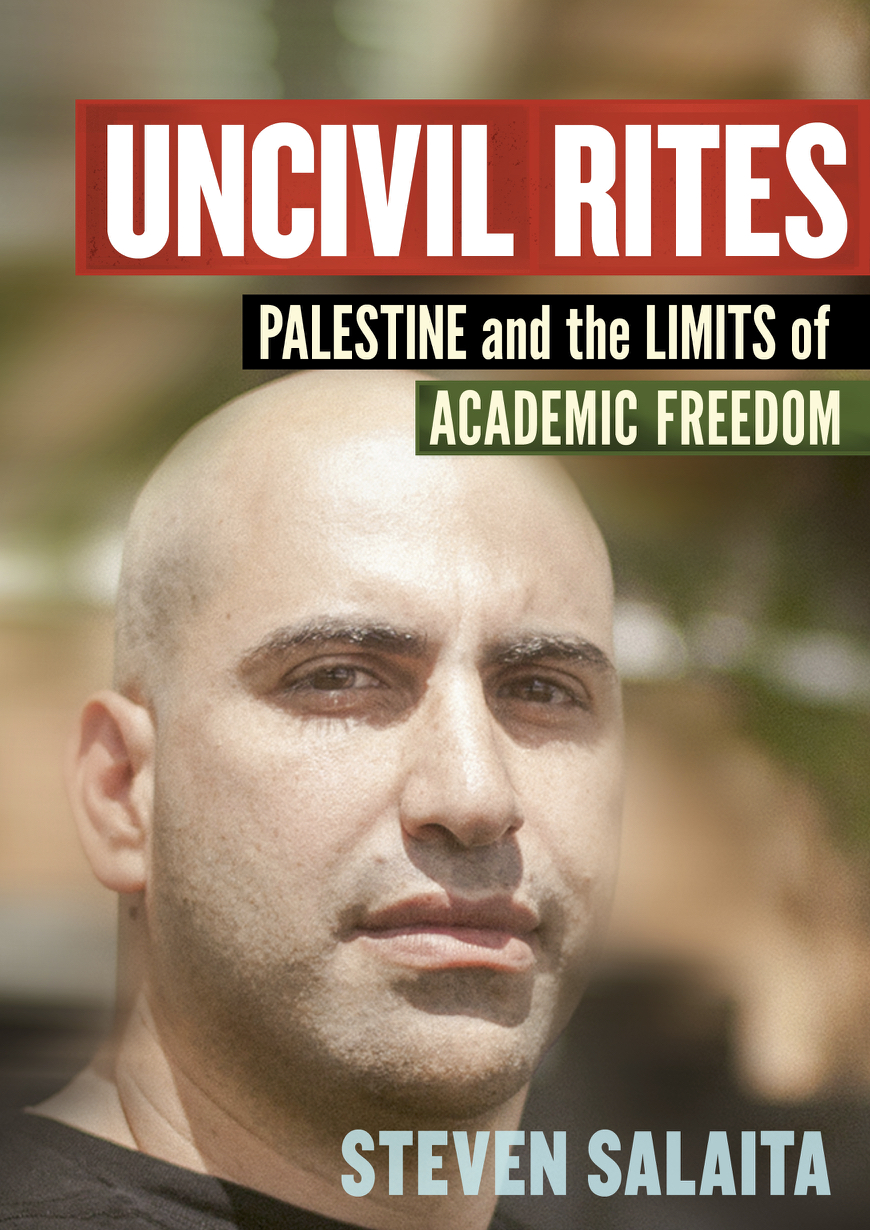 Uncivil Rites: Palestine and the Limits of Academic Freedom

In the summer of 2014, renowned American Indian studies professor Steven Salaita had his appointment to a tenured professorship revoked by the board of trustees of the University of Illinois at Urbana-Champaign. Salaita’s employment was terminated in response to his public tweets criticizing the Israeli government’s summer assault on Gaza.

In Uncivil Rites, Salaita combines personal reflection and political critique to shed new light on his controversial termination. He situates his case at the intersection of important issues that affect both higher education and social justice activism.

“Uncivil Rites reveals Steven Salaita’s deep humanity and integrity. Despite the efforts of the University of Illinois to silence him, Salaita continues to speak out courageously for Palestinian rights. His case is a reminder to us all of the need to defend academic freedom and to protect those who challenge the powerful.”

Glenn Greenwald, author, No Place to Hide and With Liberty and Justice for Some

“Steven Salaita’s astute meditations on racism, settler colonialism, anti-Semitism, and Israeli apartheid skillfully convert the inauspicious conditions surrounding his ousting by the Trustees of the University of Illinois into an opportunity to elevate the campaign for Palestine solidarity to a new level. As U.S. anti-racist consciousness grows broader and deeper, this book argues for the internationalization of that consciousness and for Palestine as a polestar of our struggle.”

“Uncivil Rites is Steven Salaita’s most important work to date. Using his unjust dismissal from University of Illinois as the backdrop, Salaita exposes the intellectual, moral, and political contradictions of the 21st century neo-liberal university. He also spotlights the dangers of conflating anti-Zionism with anti-Semitism, resistance with terrorism, and righteous outrage with incivility. This book only reinforces Salaita’s well-deserved reputation as one of the most honest, courageous, and incisive scholars of our generation.”

“Out of the experience of McCarthyism came a literature of memoir and protest that was too good for the history that produced it. Steven Salaita’s Uncivil Rites is also too good for the events that produced it. A kind of travelogue of the unbound mind, Uncivil Rites offers a palimpsest of Salaita’s experiences on the road and his reflections—part literary, part historical, part familial—on the politics and personalities of his firing. ‘An autobiographical story that is anything but personal,’ it is by turns tender, thoughtful, enraging, and often laugh-out-loud funny. Many books feel like a duty; this was sheer pleasure.”

We Could Be Free: Palestine and the Revolutionary Imagination

Steven Salaita currently holds the Edward W. Said Chair of American Studies at the American University of Beirut. Author of sixbooks, he is a regular columnist for Electronic Intifada and a member of the Organizing Committee of the US Campaign for the Academic and Cultural Boycott of Israel (USACBI).