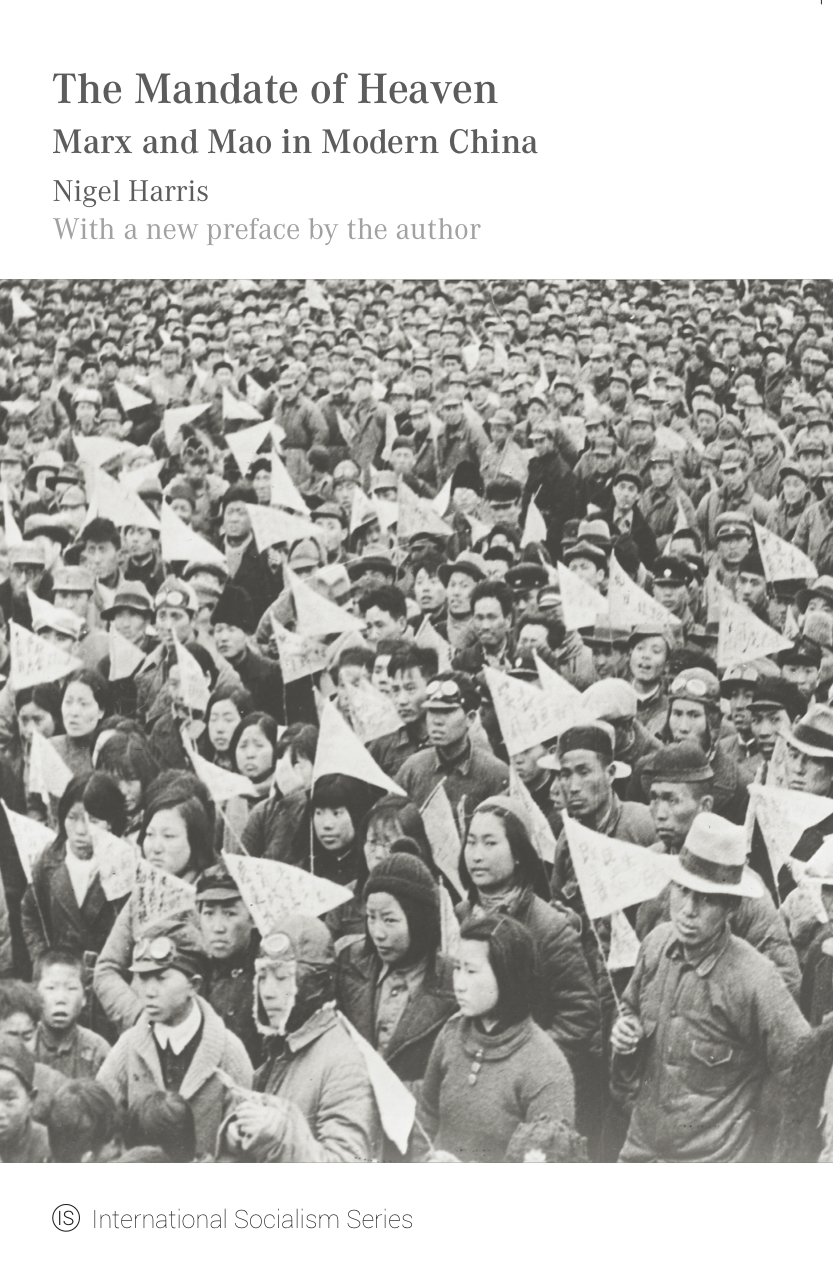 For radicals in Europe and North America, the anti-imperialist-and Chinese-revolutions continued the great task of 1789, 1848, and 1870, the “bourgeois revolution” in Marx’s terms, and the creation of nations that would release the energies and unity of purpose to create new worlds of prosperity and freedom. The nationalist focus led to an emphasis on autarkic development-the nation, it was said, already possessed within its own boundaries all the requirements and resources to match the accomplishments of global civilization.

The overthrow of empire in the 1950s and 1960s-of which the coming to power of the Chinese Communist party in 1949 was a important part-seemed to augur a new era in world history, one in which the majority of the world’s population secured liberation. There was perhaps a sense in which this was true, but the reality for the majority was far removed from this giddy hope. And in the case of the ordinary Chinese, the newly “liberated” regime proved far more brutal and exacting than those that it had replaced (which also attained high standards of brutality and injustice). In China the great famine of 1958-62 was only the most spectacularly cruel and gratuitous product of that new order.

For the former inhabitants of the old empires, national liberation turned out to be not liberation of all, but the creation of a new national ruling class, as often as not exploiting its position at home to make fortunes then smuggled abroad.

“Explodes many myths spun by development economists…. A fascinating case study of the four most successful developing economies.”

“This new work by Nigel Harris is as provocative as its title suggests…. Harris has alerted us to some of the dramatic changes which have taken place in recent years.”

“Floods of migrants will steal our jobs, drive down wage levels, sponge off our welfare system, compete for public services and provoke rascism, xenophobia and ultimately political instability. Nigel Harris’s book tackles these fears head-on. . . . This book deserves to be read by all…”

“Nigel Harris is always innovative and provocative…this book keeps up to his high standards.”

Nigel Harris is a British economist specializing in the economics of metropolitan areas. He is Professor Emeritus of the Economics of the City at University College London, and is the author of nineteen books.