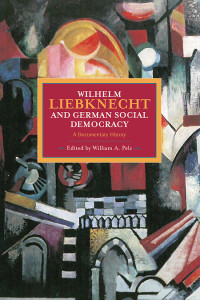 Edited by William A. Pelz

This collection of Liebknecht’s writings and speeches is a representative sampling of his most renowned and influential work. Each piece is prefaced by concise and informative introduction situating the material in its context. Where possible, the selections are presented unedited, making this collection an important research tool for political and labor historians and others concerned with the development of mass movements in 19th and 20th century Europe.